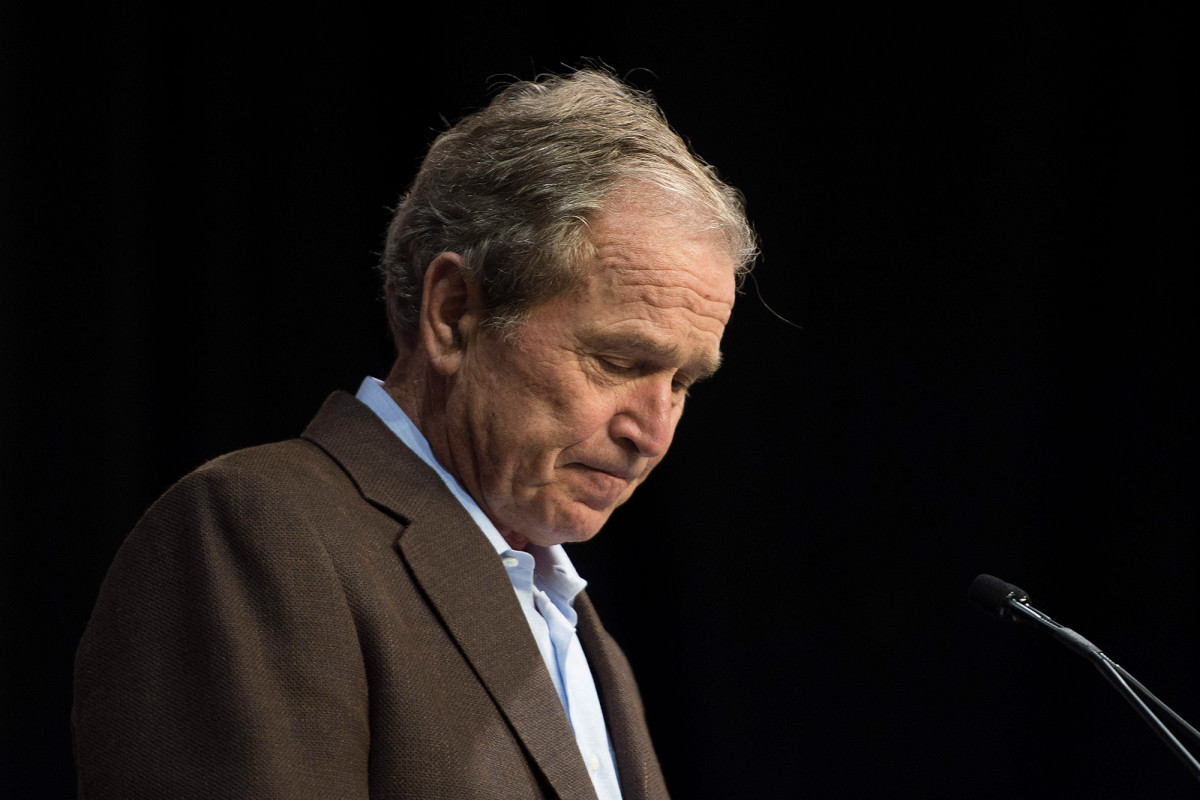 Former President George W. Bush on Tuesday decried the “brutal suffocation of a black man at the hands of Minneapolis cops — asserting that he and ex-first lady Laura Bush were “disturbed by the injustice and fear that suffocate our country.”

The former president’s statement was his first on the May 25 death of George Floyd, and he explained his reticence by saying “this is not the time to lecture. It’s the time to listen.”

“It remains a shocking failure that many African Americans, especially young African American men, are harassed and threatened in their own country. It is a strength when protesters, protected by responsible law enforcement, march for a better future,” Bush said.

He asserted that the only way to end “systemic racism” was to “listen to the voices of so many who are hurting and grieving.”

He lauded the “heroes of America,” political officials and activists who led the fight against slavery, racism and injustice, including Abraham Lincoln, Harriet Tubman, Frederick Douglass and Martin Luther King Jr. for revealing the nation’s “disturbing history of bigotry and exploitation.”

The rule of law, he continued, “depends on the fairness and legitimacy of the legal system,” and asserted that Americans “love our neighbors as ourselves when we treat them as equals, in both protection and compassion.”

The Republican ex-president did not mention President Trump or specifics regarding the lawlessness that has accompanied many of the demonstrations over Floyd’s case across the US.

But his tone of conciliation contrasted sharply with the commander in chief’s desire to use the US military to quell the violent demonstrations, like those that rocked New York City overnight.

And he also urged Americans to listen to the protesters and hear what they had to say instead of ignoring their concerns.

“Those who set out to silence those voices do not understand the meaning of America — or how it becomes a better place,” he added.