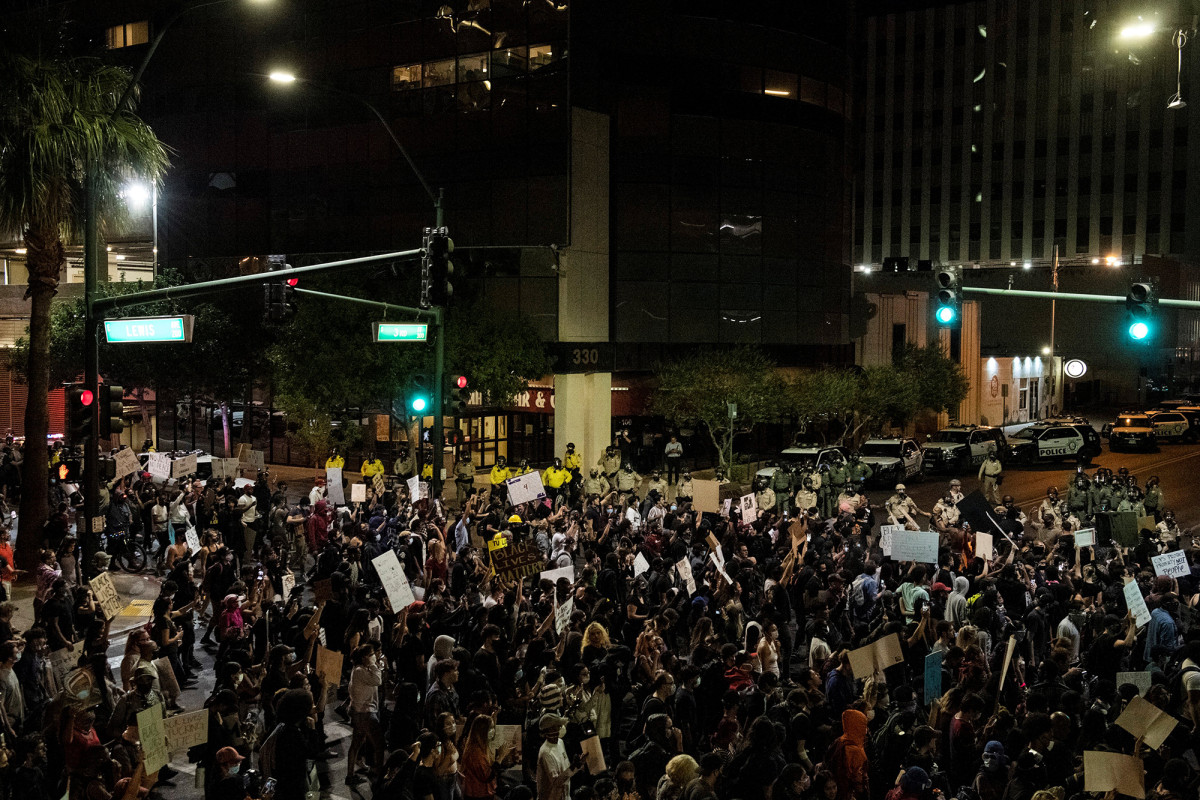 Federal prosecutors say three right-wing extremists with military backgrounds have been arrested for plotting the riots at the George Floyd demonstrations in Las Vegas – part of a plan to topple the government.

The trio were part of the “Boogaloo” movement, “a term used by extremists to mark the coming civil war and / or the fall of civilization.” Prosecutors said in a statement.

They initially planned to hijack the Corona virus lockdown rallies, with a criminal complaint alleging that armed Lynam wanted to “violently overthrow the US government.”

The group focused on the mass demonstrations of Floyd’s death when he was arrested in Minneapolis, complaining that they “wanted to provoke chaos and provoke a riot.”

Loomis boasted about plans to strike a power plant that “hopefully builds civil unrest and strife throughout Las Vegas.”

They were arrested on Saturday when they went to the Black Lives Matter rally – armed with gas cans, crackers and a Molotov cocktail, according to the Feds.

Steve Wolfson, the district attorney for Las Vegas, said: “Terrorism is the motive for this kind of planning and risk. It cannot be tolerated.”

US prosecutor Nicholas Trudanich said the arrests were evidence that “violent provocations have hijacked peaceful protests … using genuine and legitimate outrage over Mr. Floyd’s death for their own radical agendas.”

If convicted on federal charges, men face up to 30 years in prison. Officials said they will also be charged with aggravated conspiracy, terrorism and possession of explosives.

The “Boogaloo” movement has embraced Hawaiian shirts uniformly and often expresses its support for the overthrow of the US government.

Its name is believed to have originated in the 1984 film “Breakin ‘Number 2: Electric Boogaloo”, which begins as a monument to the needless film series – and somehow the acronym for Militants of the Second Civil War.