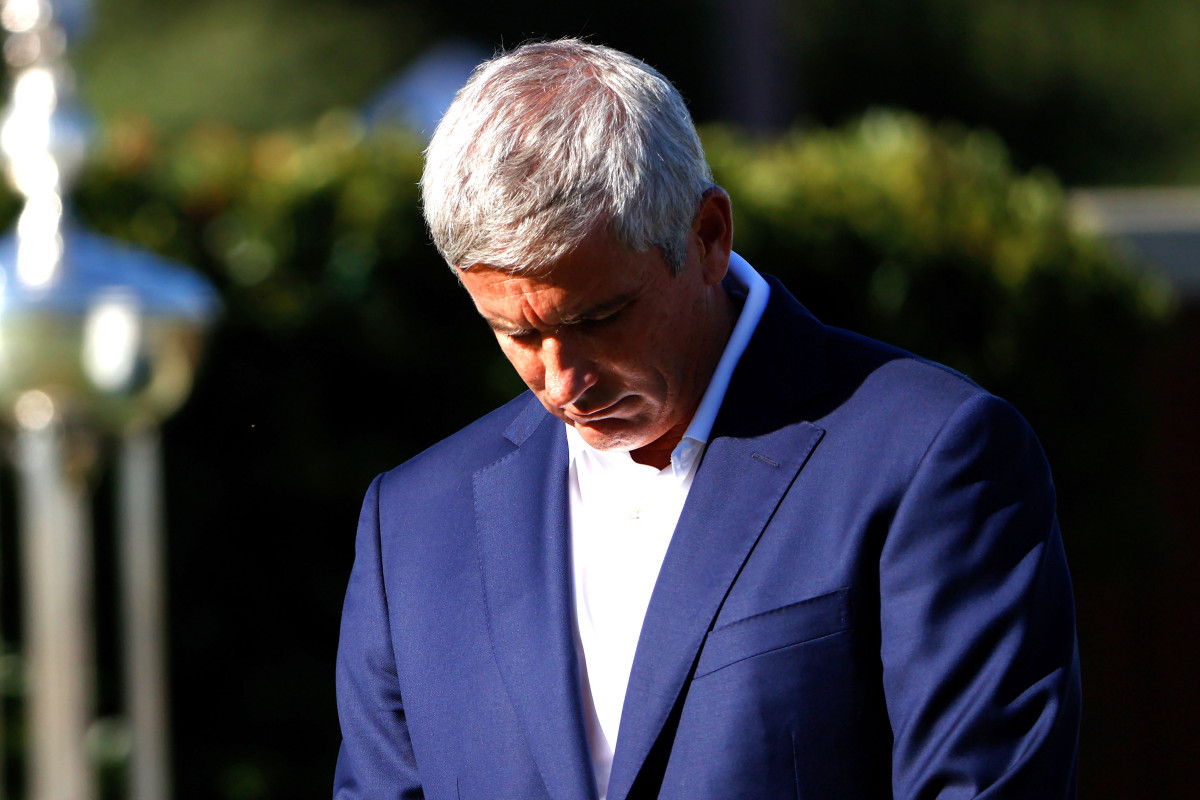 FORT WORTH, Texas — The moment did not last long, but it was powerful and poignant.

The players with the 8:40 a.m. tee time in Thursday’s opening round of the Charles Schwab Challenge at Colonial Country Club struck their tee shots amid relative silence and quietly went their respective ways.

As 8:46 a.m. approached, PGA Tour commissioner Jay Monahan stepped onto the first tee, stood in front of a camera, and said: “As the PGA Tour commits to amplifying voices and efforts to end systemic issues of racial and social injustices, we have reserved the 8:46 tee time to pause for a moment of silence, prayer and reflection.”

With that, three horns sounded, signifying a moment of pause all around the golf course as recognition of the George Floyd tragedy and the light it’s shined on racism and social injustice.

The time was symbolic of the 8 minutes and 46 seconds former Minneapolis police officer Derek Chauvin had his knee to the neck of Floyd, an unarmed black man who died while in custody after telling the officer he couldn’t breathe.

Most players and caddies stood with their heads bowed.

“I prayed,’’ said Tom Lehman, a Minnesota native. “I think everybody chooses to do things in their own way. I just prayed for our country. I prayed for George’s family. I prayed for his soul. I just prayed that the chaos that we live in can be wisely moved forward so that decisions are made that actually are meaningful and helpful.

“[There’s so much to say about that [Floyd incident and its aftermath],’’ Lehman continued. “But what I would say is this: I think everybody needs to feel deeply what happened and to hurt deeply because of what happened to George Floyd. I think everybody needs to understand that when you have an absolute disregard for the suffering or pain of somebody else or the death that you cause on somebody else, if you have no regard for that, you are a part of the problem and you need to get your [bleep] together.“That’s probably the thing I took away from it — lL]et’s just understand that we’re all human beings and need to care about each other. If you can’t do that, then I feel sorry for you.’’

“I guess everything that’s going on right now in the world, there definitely seems to be hopefully an opportunity, and the momentum that is obviously created right now, that’s what I was reflecting on — really just how widespread this has become,’’ Rose said. “This has become much bigger than the U.S., as well, which is good to see.’’

Before the tournament began, players were universal in their praise of the PGA Tour’s idea with hopes that it furthers the conversation about the wrongdoings in this country.