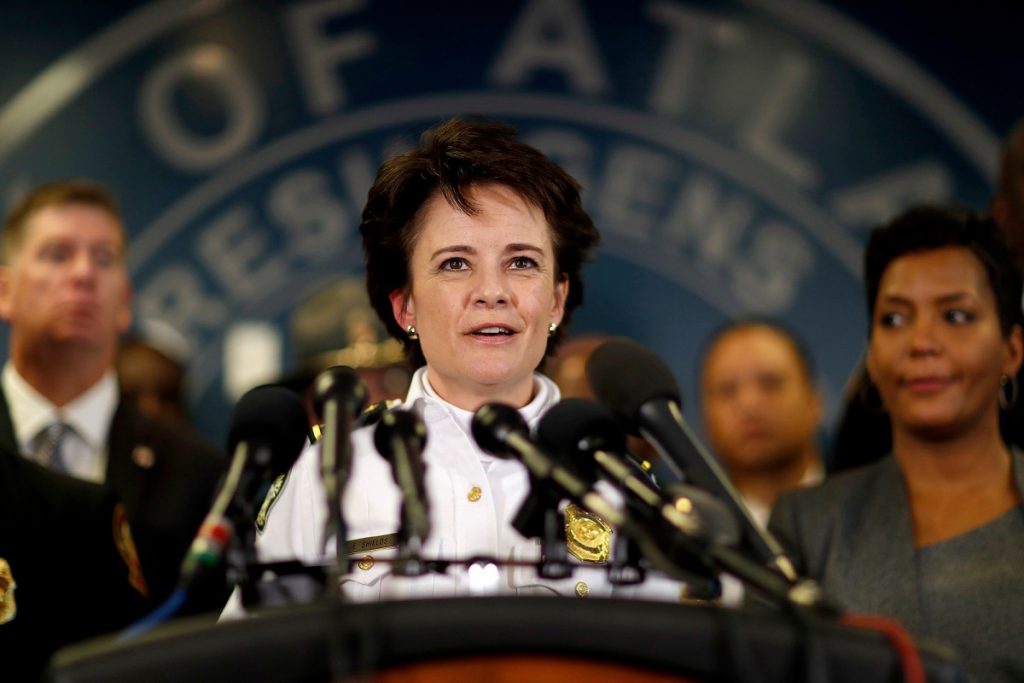 The victim of a fatal police shooting in Atlanta had moments earlier fired a Taser at one of the cops chasing him, newly released surveillance footage showed Saturday — as the city’s chief of police resigned less than a day after the incident.

Early reports of the altercation that killed Rayshard Brooks, 27, Friday night had indicated Brooks, who was black, was unarmed.

But the Georgia Bureau of Investigation, which is probing the troubling shooting, released surveillance video Saturday that, officials said, prove otherwise.

In fact, the new video shows a fleeing Brooks turning and firing the police Taser he’d just grabbed off one of the two cops he’d been grappling with.

“These new videos indicate that during a physical struggle with officers, Brooks obtained one of the officer’s Tasers and began to flee from the scene,” the agency tweeted.

“Officers pursued Brooks on foot and during the chase, Brooks turned and pointed the Taser at the officer. The officer fired his weapon, striking Brooks.”

A split second later, the surveillance video appears to show Brooks being shot in the back as he continues to run away.

Brooks was pronounced dead after being taken to an Atlanta hospital.

Officials have not released the names of the two officers involved in the incident.

Brooks turning the stolen Taser on his pursuing officers did not warrant his losing his life, outraged local politicians and activists complained.

“A taser is not a deadly weapon. A gun is,” Georgia voting rights and civil rights activist Stacey Abrams tweeted Saturday.

“Adrenaline and irritation are not the same as mortal fear. Running away should not be punishable by death,” she tweeted.

‘Public safety must mean the public is safe. All of us.”

Demonstrators — already furious over the death of George Floyd at the hands of Minneapolis police — took to the streets Saturday to protest Brooks’s death, the Atlanta Journal-Constitution reported.