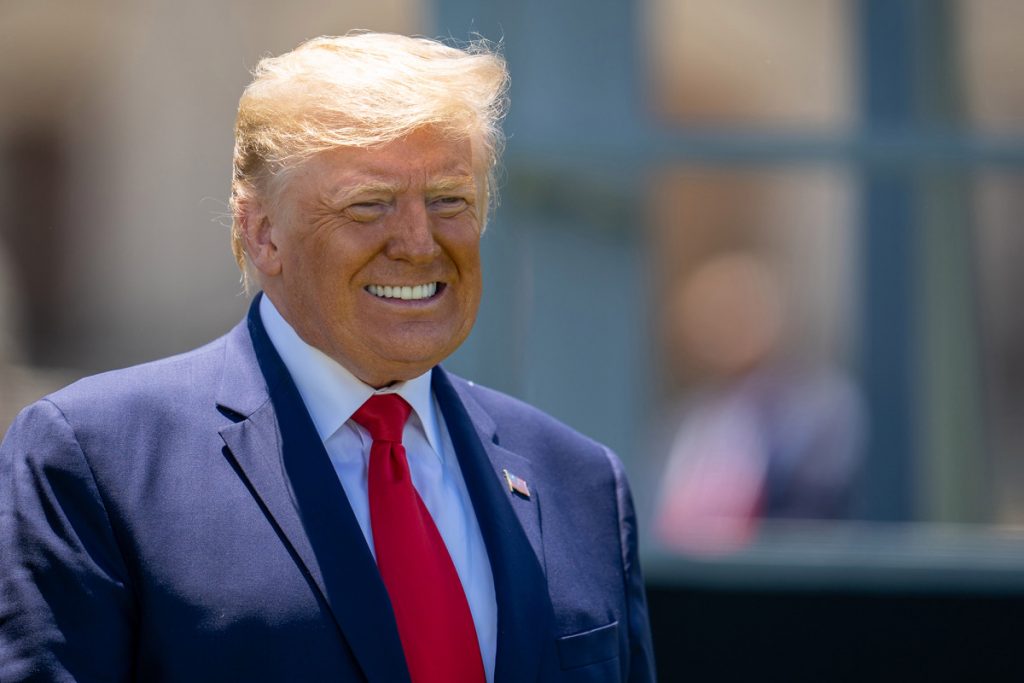 Trump Land is not a happy place. With the nation deeply unsettled and polls headed south, the first shots are being fired in a Republican shootout in a lifeboat.

There’s a move afoot to boot the campaign manager, as insiders tell The Post’s Ebony Bowden that Brad Parscale is not up to the job. “There’s no strategy, there’s no messaging,” one complained.

Critics cite Parscale’s inexperience and his habit of living extra large, complete with a $2.4 million beachfront mansion in Florida, a $400,000 boat and a Ferrari.

Some point to the ballooning staff and compare it to Hillary Clinton’s 2016 hidebound campaign, which couldn’t get out of its own way and refused to try to win working-class voters.

If anything can get Trump’s attention, saying his team is like Clinton’s should do it. But it’s also true the gripers are dancing around the elephant in the room.

Ultimately, managers and staff don’t win or lose campaigns. Candidates do. And that includes the incumbent president.

“He’s stressed,” one insider tells me of Trump’s mood. “He’s seen the polls and knows there’s a problem.”

It’s not a small problem. Joe Biden is running solidly ahead in every national survey and holding small leads in the swing states of Florida, Michigan, Wisconsin and Pennsylvania.

A recent Gallup poll had Trump’s approval at just 39 percent, down a whopping 10 points since late April.

Senate polls also bring bad news. A Trump supporter familiar with the results says incumbent Republicans are generally running ahead of the president because many voters “simply don’t like him.”

So it’s personal and it’s everywhere, meaning there’s little Parscale or anyone else can do about it.

Only Trump can fix the problems Trump is creating.

While the pandemic, the flattened economy and riots and protests are hurting the president, his endless feuds are disheartening. Hardly a day goes by when he isn’t attacking somebody, and most days it’s somebody not named Biden.

Punching down from the Oval Office is never appealing, yet the president feels compelled to hit back at every insult, whether it comes from Joe Scarborough, Mitt Romney or Colin Powell. Most of his fights are more personal than presidential.

True, Trump is good at Twitter slugfests, but he’s in danger of winning all the battles and losing the war.

That he’s trailing Biden, who is hiding in his basement and can’t string together two complete sentences, underscores the point that Trump is digging his own political grave. Indeed, Democrats are doing just about everything they can to lose, yet they have the momentum.

Starting with the resistance that began the day after the 2016 election, they have cycled through a series of people and policies that have little in common except that each new one is more radical than the previous one.

Dems foisted the false Russia, Russia, Russia charges on the country for three years and are still shielding wrongdoing in the FBI and the CIA.

They refused to seal the southern border, wouldn’t condemn anti-Semitism in their ranks and put the nation through a phony partisan impeachment.

Early in the campaign, they embraced socialism and disastrous climate-change remedies that would wreck the economy. Now congressional leaders are draping themselves in kente cloth and kneeling like medieval penitents in a blatant racial appeal.

In streets and statehouses, party activists wage war on cops under the banner of “Defund the Police.” Minneapolis, site of the infamous George Floyd homicide, seems eager to be a guinea pig for the experiment of life without a thin blue line.

By conventional standards, none of this should be close to a winning formula, but Dems are being rewarded simply for not being Trump.

The predicament feels familiar because Trump has been here before. During the 2016 campaign, he frequently looked as if he had beaten himself, but always managed to harness his impulses and keep his eye on the prize.

Similarly, his presidency has been a roller-coaster ride in part because there’s no margin for error. The country is polarized around Trump and the media is mostly determined to defeat him.

None of this is to say the election is a foregone conclusion. There is still time for the president to get focused and make sure he and his campaign articulate a clear, consistent vision for a second term.

His plan to restart his popular rallies should help, but much will depend on the James Carville line from 1992: “It’s the economy, stupid.”

It still is the economy, and most presidential campaigns are decided by which candidate is viewed as most likely to deliver peace and prosperity. Trump has been true to his vow to keep America out of foreign wars, and his tax and economic policies had the great jobs machine roaring, with wages rising faster at the bottom and middle than at the top. Then came the pandemic pause and murder in Minneapolis.

May’s huge employment gains signal the worst effects are probably over, but it will take two or three additional strong months just to get the unemployment rate below 10 percent. Anything significantly above that level could be almost impossible to overcome.

Biden, of course, has his own problems, and hiding his infirmities — and son Hunter — will get harder as he emerges from his bunker. As always, the three fall debates will be pivotal.

Still, the reality is that Trump, who pulled off the great upset four years ago, now finds himself the underdog in a race that could have been a lock.

In one of the worst decisions of his mayoralty, Michael Bloomberg allowed Occupy Wall Street to turn a Manhattan park into a fetid camp for two months in 2011. The mayor of Seattle seems determined to make an even dumber decision with an occupation there.

Mayor Jenny Durkan, after ordering police to abandon a precinct, claims the rabble that took over six Seattle blocks might produce a “summer of love.”

The area is cordoned off and some leaders are seen carrying guns, making a mockery of the vow to do away with police.

If Seattle taxpayers have any sense, they will do away with Durkin.

Reader Thomas Hale says Mayor Bill de Blasio can become a role model if he leads by example, writing: “Since his wife, Chirlane McCray, said it would be paradise if there were no cops, he should immediately have the police who guard his family reassigned to other jobs.”

New York Health Commissioner Dr. Howard Zucker, announcing the state will not allow sleepaway camps to open, gives the Albany lie of the day, declaring, “there isn’t a single decision we have not made based on data and science rather than emotion.”

Try selling that bull to the thousands of families grieving over Zucker’s policy of sending COVID-19 patients to nursing homes.