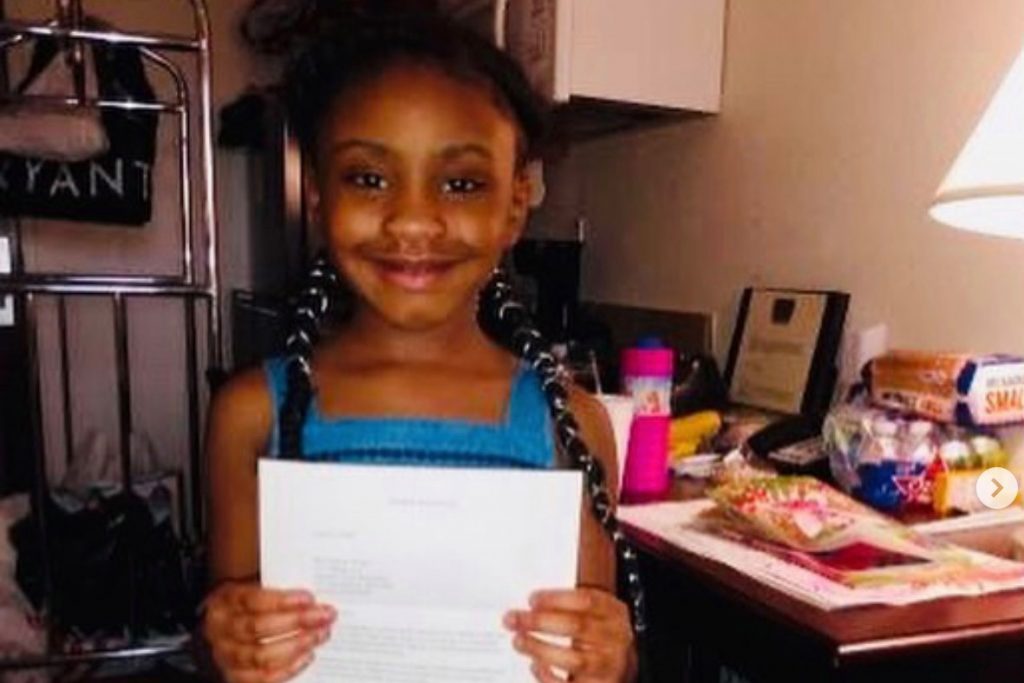 Gianna Floyd thanked Streisand on her Instagram account on Saturday, and posted a series of photos displaying the Disney letter and certificate she received in the mail from the 10-time Grammy award winner.

“Thank You @barbrastreisand for my package, I am now a Disney Stockholder thanks to you 🥰🥰🥰,” Gianna wrote alongside a photo of her smiling with the certificate.

Streisand, 78, also gave Gianna two copies of her studio albums “My Name Is Barbra” and “Color Me Barbra” from 1965 and 1966, respectively.

According to Business Insider, shares of Disney stock currently go for roughly $115. Before the coronavirus pandemic, shares were in the $140-$150 range, and have started to climb up again.

It’s unclear how many shares Gianna received from Streisand.

Gianna’s two-day-old Instagram has already racked up 45,000 followers, while she follows 23 people including Streisand, Oprah Winfrey and Michelle Obama.

Last week, Gianna was granted a full-ride scholarship to Texas Southern University in Houston if she chooses to attend.

Kanye West also set up a college fund for Gianna earlier in the month.

Floyd, 46, died May 25 after being pinned down by police in Minneapolis, repeatedly pleading, “I can’t breathe.” His death has sparked worldwide protests and calls for racial justice, and has spawned a campaign to “defund” police departments.