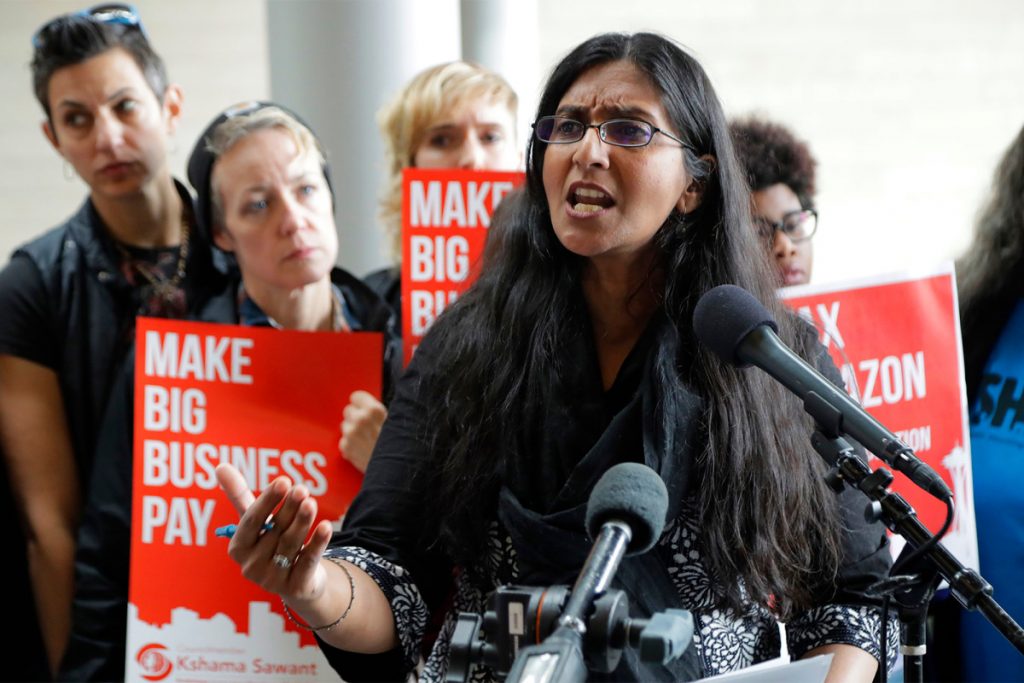 A Seattle councilwoman wants to turn the police station at the center of the six-block Capitol Hill Autonomous Zone into a community center, she tweeted.

“Our movement needs to urgently ensure East Precinct is not handed back to police but is turned over permanently into community control,” Councilwoman Kshama Sawant tweeted on Friday.

“My office is bringing legislation to convert East Precinct into a community center for restorative justice.”

Police abandoned the stationhouse at 12th Avenue and East Pine Street, part of a trendy and hip neighborhood, last week, ceding the zone to protesters demonstrating over the May 25 police custody death of George Floyd in Minneapolis.

Seattle Police Chief Carmen Best said later that the move was not her call, and said city officials “relented to severe public pressure.”

But the Indian-born Sawant, Seattle’s first elected socialist, says it is a peaceful area.

“It is an incredible area of peace and friendship and dignity and to take the movement forward,” she told CNN on Saturday. “It is full of hundreds of ordinary people, young people, children, families, and this is a movement obviously led by black and brown community members but it is welcoming to people from all over the city and the region who want to join the struggle.”

However, some reports have suggested troubling details about the zone, also known as the CHAZ.

A video posted on Twitter over the weekend showed a demonstrator asking white protesters inside the zone to give $10 to black protesters, while earlier reports suggested that rapper Raz Simone had set himself up as a “warlord” inside the zone.

According to police, there have been reports that local business owners have also be extorted inside the zone.

“We have heard anecdotally reports of citizens and businesses being asked to pay a fee to operate in this area,” Assistant Police Chief Deanne Nollette said last week. “This is a crime of extortion.”

Sawant herself has been a controversial figure in the city. Despite her ties to socialism, the councilwoman reported on 2018 financial disclosures that she lived in a home worth $800,000-$900,000 and has a half-million dollars in equity in the house, KIRO Radio reported in 2018.