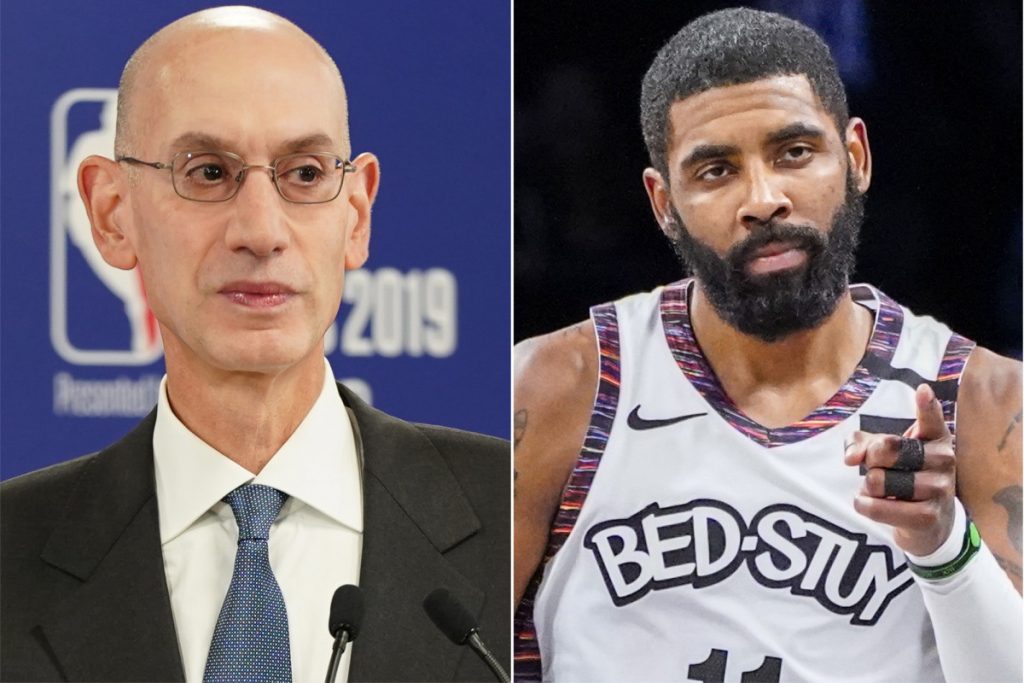 NBA commissioner Adam Silver said players opposed to going to Orlando, Fla., over concerns about taking the spotlight away from Black Lives Matter will be excused without violating their contracts.

But Silver noted if they miss the NBA restart in July at the Disney World campus, they could be missing out on a major platform to reinvigorate the issue of racial injustice.

In fact, Silver suggested that because the players will have plenty of down time in Orlando, they should bring in “a series of speakers on police reform and why COVID-19 had a disparate impact on people of color,’’ Silver said.

Appearing on ESPN, Silver gave no indication the recent movement led by Kyrie Irving questioning whether the restart will divert attention from social justice issues will alter his bubble plan.

“I can only say it may not be for everyone,’’ Silver said. “It will entail enormous sacrifice for everyone involved, including the referees. It’s not an ideal situation for trying to find a way to our new normal in the middle of a pandemic and recession with 40 million unemployed and now with enormous social unrest in the country.

“I understand how some players may feel it’s not for them. It could be for a lot of reasons — family, health or maybe they feel as they’ve said recently their time is best spent elsewhere.”

With 22 teams, Silver estimates a max of 375 players in Disney World for training camp that will start around July 10 with a restart opener of July 30 and playoffs that could last till mid-October.

“Not surprisingly, there’s not a uniformed view among those players,’’ Silver said. “My sense is we’ll be able to work through most of those issues the next few weeks. We also have an arrangement with the players association where if a player refuses to come, it’s not a breach in his contract. We accept it.”

Irving has been the leader of the movement to stop the restart — with conference calls with players Friday and Monday and an announcement a coalition has been formed to keep the discussion going.

In a statement to ESPN, the coalition stated, in part, “We will not just shut up and play to distract us from what this whole system has been about: Use and Abuse.’’

“A lot of people pointed to the financial component of this,’’ Silver said. “The incremental difference between playing and not playing isn’t as big as people think, especially with the enormous expense of putting this on. We have an obligation to the NBA community to try. The alternative is staying on the sidelines and that’s giving in to this virus.

“For the country, it will be a respite. And for social justice issues, it will be an opportunity for NBA players to draw attention to these issues because the world’s attention will be on the NBA and Orlando, Fla., if we can pull this off. It’s a unique opportunity to respond to George Floyd’s death.’’

“As far as the racial injustice, that’s where a lot of struggle is,’’ Lillard said. “Our league is made up of so many African-Americans — the majority — and a lot of our hearts is with our people and our minds. We feel like we should be a part of that. There’s a lot of guys coming out and saying maybe we should be focused on that instead of worrying about jumping into the season. But on the other end, we are financial support for our family and a lot of our communities.’’