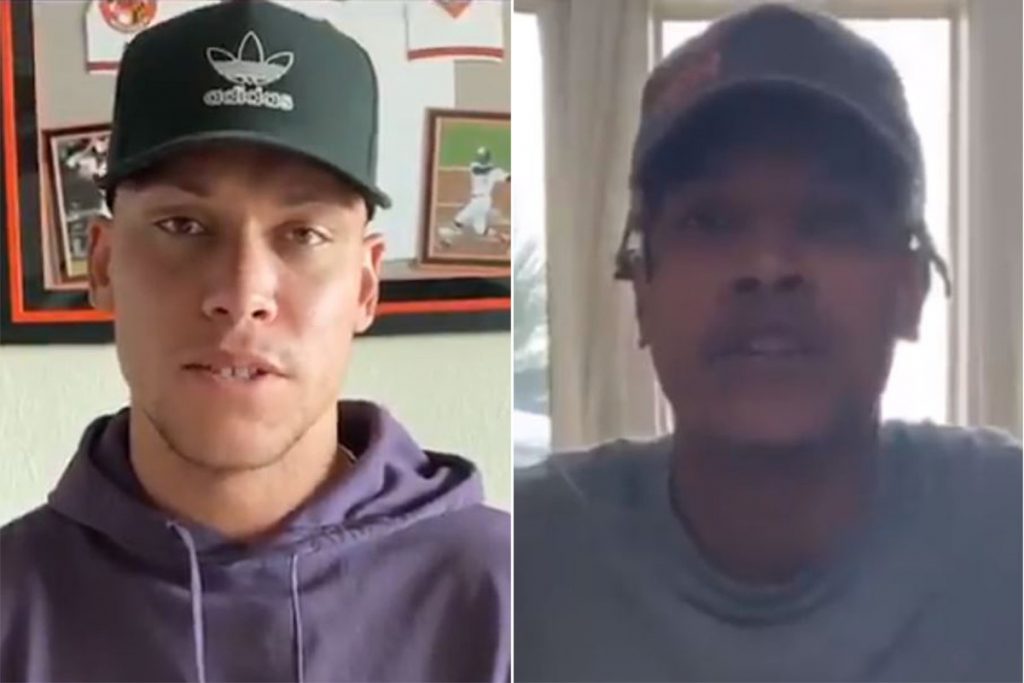 Aaron Judge’s is the first voice heard in the nearly minute-long clip put out by the MLBPA on Monday night to speak out about the Black Lives Matter movement.

“We’ve been told that our peaceful pleas were not made at the right time at the right place, in the right way,’’ the video starts, with Judge leading off a lineup that included other New York stars including teammates Aaron Hicks and Giancarlo Stanton, as well as Mets starter Marcus Stroman and retired Yankee CC Sabathia.

“We’ve been told to wait, but we remember when Dr. Martin Luther King Jr. warned us that the word ‘wait’ has almost always meant ‘never,’ ’’ the video says with a combination of black baseball players included in response to the protests that began following the killing of George Floyd at the hands of police in Minneapolis late last month.

“We will wait no longer,” the players say on the 56-second video. “We will make our voices louder for all of us who can and for all of those who could not.”

“Eight minutes and 46 seconds is enough time to lift a knee,’’ Stanton says, followed by others. “To do what is right. To say something to acknowledge the pain of the black community. You have cheered for us but we need you to cheer with us now. When we need you the most. Black lives matter.”