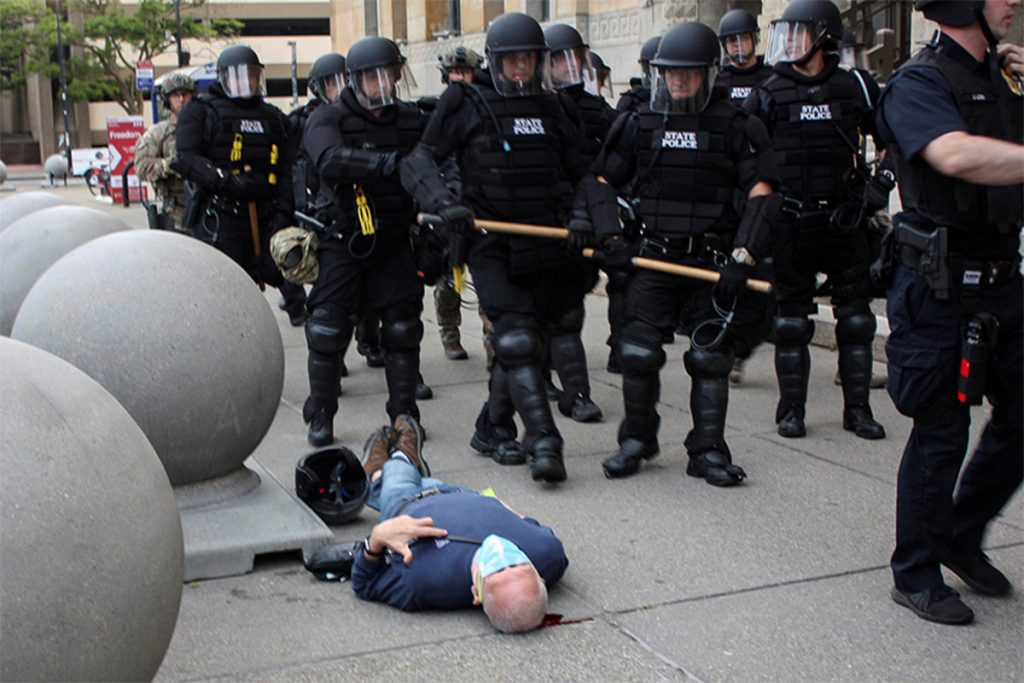 The lawyer for a 75-year-old New York man who was shoved to the ground by police officers during a protest said Tuesday that he is unable to walk, according to media reports.

Kelly Zarcone said Martin Gugino suffered a fractured skull after the June 4 confrontation with police, which was captured on video.

“I am not at liberty to elaborate at this time other than to confirm that his skull was fractured,” Zarcone told CNN in a statement. “While he is not able to walk yet, we were able to have a short conversation before he became too tired. He is appreciative of all of the concern about him but he is still focused on the issues rather than himself.”

Footage of the incident appeared to show Gugino, a peace activist, approaching officers in riot gear during a demonstration over the death of George Floyd. The two officers appeared to shove him to the ground, resulting in Gugino falling on his back and lay motionless with a pool of blood underneath his head.

Zarcone said last week that Gugino suffered a brain injury from the encounter. She did not respond to multiple calls, emails and a text message from Fox News.

The two officers involved — Robert McCabe and Aaron Torgalski — were suspended and have since been charged with second-degree assault. They have pleaded not guilty.

Through Zarcone, Gugino told CNN: “I think it’s very unnecessary to focus on me. There are plenty of other things to think about besides me.”

“Barring something unusual and unforeseen, I don’t expect much change at all this week”, Zarcone added.

President Trump weighed in on the matter in a tweet widely condemned for suggesting Gugino may have been an “ANTIFA provocateur.”