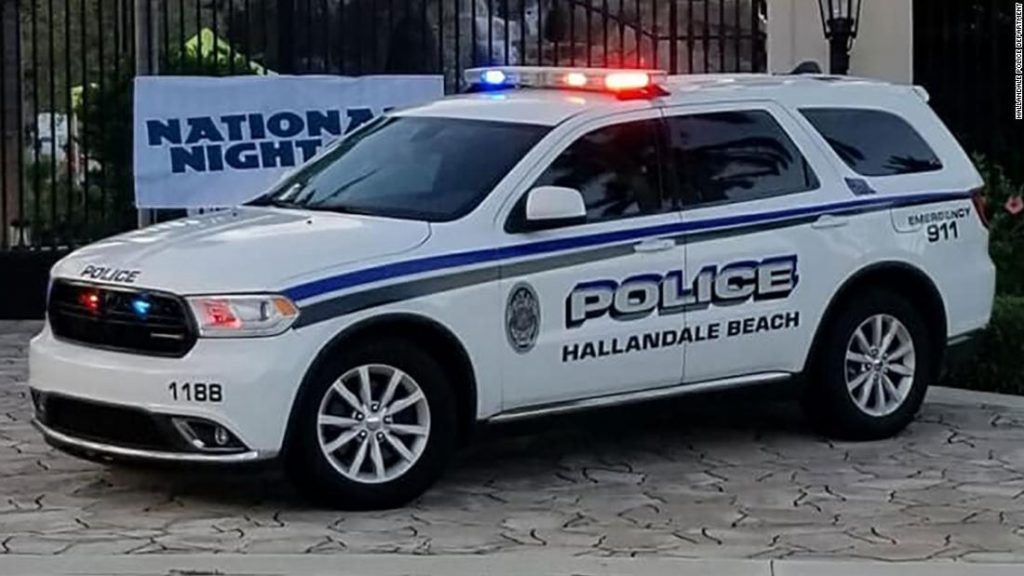 Protesters have called on their community leaders to hold officers accountable and defund police departments — in hopes those funds could be redirected toward other programs.
And many local leaders have responded, signing orders changing how departments operate, promising further reform and acting quickly on incidents of police brutality that have surfaced in recent weeks.

But as anger bubbles in parts of the country, some US police departments are facing their own crises and some officers have now opted to walk away.

In Minneapolis, at least seven police officers resigned from the department since protests sparked by Floyd’s death in late May flooded the city’s streets. More than half a dozen officers are also in the process of leaving, a city spokesperson told CNN.

The number of officers who are no longer with the department doesn’t include the four men who were involved in Floyd’s death and were fired, according to Casper Hill, the city’s spokesperson,

“There’s nothing that leads us to believe that at this point the numbers are so great that it’s going to be problematic,” police spokesman John Elder told the Minneapolis Star Tribune of the departing officers, which include both patrol officers and detectives.

“People seek to leave employment for a myriad reasons — the MPD is no exception,” Elder said.

Members of the department condemned the actions of ex-Minneapolis officer Derek Chauvin — who pressed his knee on Floyd’s neck for nearly nine minutes — in an open letter last week.

“Derek Chauvin failed as a human and stripped George Floyd of his dignity and life. This is not who we are,” said the letter, signed by 14 officers. “We’re not the union or the administration,” the letter says.

Atlanta became the epicenter of protests this week after a black man was shot in the back and killed Friday night. Following Rayshard Brooks’ killing, Atlanta’s police chief stepped down and the officer who killed the 27-year-old father was fired. A second officer was placed on administrative duty.

Atlanta police said in a statement eight officers have resigned from the department this month.

“Our personnel data indicates that we have had anywhere from two to six officers resign per month in 2020,” Atlanta police said in a statement.

The Atlanta Police Foundation earlier reported that 19 officers had resigned “since the start of social justice protests.” The foundation has since retracted that incorrect number.

Prior to Brooks’ killing, some were critical of charges that six officers faced after video captured the group violently handling a pair of black college students who were in their car and were stuck in traffic caused by ongoing protests.
Those critics included Atlanta Police Chief Erika Shields, who had already fired two officers involved, and said she didn’t expect charges.

Criminal charges “were never part of any discussion that I had with the Mayor or her administration,” Shields wrote in the memo provided to CNN by the department. “I called the DA and strongly expressed my concern, both to the appropriateness and the timing of any charges,” Shields wrote.

In South Florida, 10 officers resigned from their city’s SWAT unit over concerns about safety, saying they feel “restrained by the politicization of our tactics,” according to documents obtained by CNN.

The officers sent a letter to Hallandale Beach Police Chief Sonia Quinones, saying they were “minimally equipped, under trained and often times restrained by the politicization of our tactics to the extent of placing the safety of dogs over the safety of the team members.”

They also said they were displeased after the command staff took a knee with activists and others during a demonstration on Monday, according to the letter.

“Until these conditions and sentiments are rectified and addressed, we cannot safely, effectively and in good faith carry out duties in this capacity without putting ourselves and our families at this needless increased level of risk,” the officers wrote.

The officers resigned only from the SWAT unit, not from the police department, Hallandale Beach City Manager Greg Chavarria said.

The chief told CNN Monday night she was “extremely disappointed” in the officers’ decision.

“They walked away from their assignment, they never talked to me in advance and let me know their concerns,” she said. “If we’re not connecting and we’re not communicating, then we’re not resolving concerns.”

She said what the officers wrote in their memo was inaccurate, adding she didn’t kneel to oppose police but to be in solidarity with their community.

“We provided increased training hours, we provided over $100,000 in the last two years in SWAT-specific equipment and then they inaccurately and falsely stated I took a knee in solidarity with the vice mayor, which was not the case. It was in reverence with our community,” the chief said.

In Buffalo, New York, nearly 60 officers resigned from the force’s emergency response team over the suspension of two police officers who were caught in a video pushing an elderly protester to the ground.

“Fifty-seven resigned in disgust because of the treatment of two of their members, who were simply executing orders,” Buffalo Police Benevolent Association president John Evans had previously told CNN affiliate WGRZ.

The two officers captured on video were charged with assault and pleaded not guilty. The 75-year-old protester was seen falling to the ground and bleeding from his head.

The 57 officers that turned in their resignation did not quit from the force — but made up the entire active emergency response team of the department, the Buffalo mayor’s office told CNN.

A few members of the unit are out currently and are not included in the 57 that resigned, according to the mayor’s office.