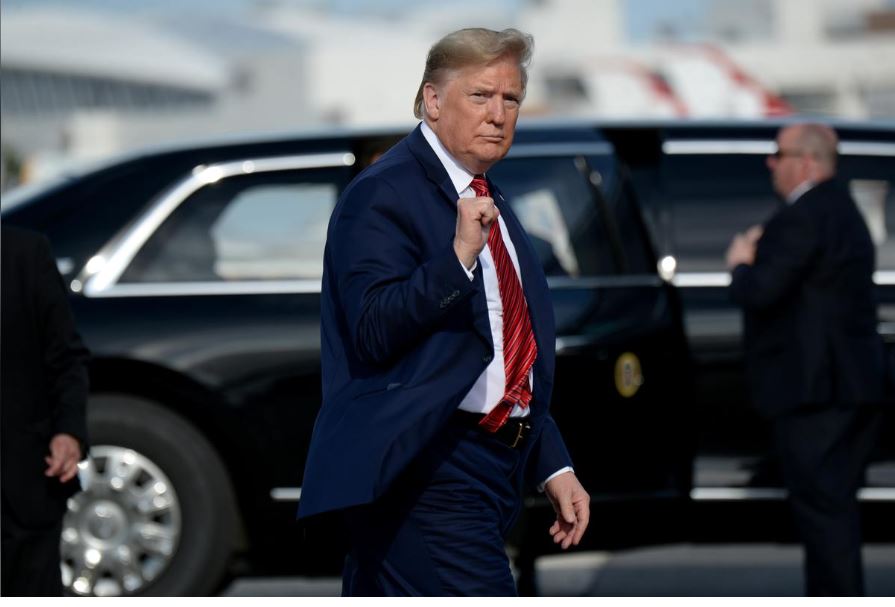 US President Donald Trump said that he will sign an executive order on police reform on Tuesday, amid growing calls for action against police brutality and racism. “The overall goal is we want law and order and we want it done fairly, justly. We want it done safely,” Trump told reporters at the White House on Monday.

“This is about law and order, but it’s about justice also,” he said. The move comes amid the ongoing nationwide protests against police brutality following the May 25 death of the unarmed African-American man, George Floyd at the hands of a white police officer in Minneapolis, reports Xinhua news agency.

The calls have intensified after a white police officer shot and killed Rayshard Brooks, a 27-year-old African-American man, in Atlanta, Georgia June 12. “The trust that we have with the police force is broken and the only way to heal some of these wounds is through a conviction and a drastic change with the police department,” Brooks’s cousin said on Monday.

Asked about the Brooks case on Monday afternoon, Trump called it “very disturbing”. “I thought it was a terrible situation,” he said. “I studied it closely. I’m going to get some reports done today, very strong reports, and we’ll have a little more to say about it tomorrow.”

Brooks was shot twice in the back and died from organ damage and blood loss from the wounds, the Fulton County Medical Examiner’s Office said in a statement on Sunday. Garrett Rolfe, the officer who shot Brooks, was fired. A second officer, Devin Brosnan, was placed on administrative duty.

Atlanta Police Chief Erika Shields resigned over the shooting. Fulton County District Attorney Paul Howard said his office is hoping to announce a decision about possible charges by the middle of next week. Brooks died after a confrontation with police officers who were responding to a complaint that he was asleep in the drive-thru of a restaurant.

Police said the officers tried to take Brooks into custody after he failed a sobriety test, which led to a struggle between the two sides. Police claimed that Brooks, while allegedly resisting, grabbed an officer’s Taser and ran off with it.

Footage capturing the scene from the restaurant’s parking lot showed that Brooks turned around and appeared to point the stun gun at the police officers before being shot. The shooting prompted protests over the weekend in Atlanta, and the restaurant where the shooting took place was set aflame.

Atlanta Mayor Keisha Lance Bottoms announced on Monday that she is signing a series of administrative orders to reform the use of force within the Atlanta Police Department. Bottoms said that she and the city will continue to do what the city needs to do to ensure all residents treated with dignity and respect.