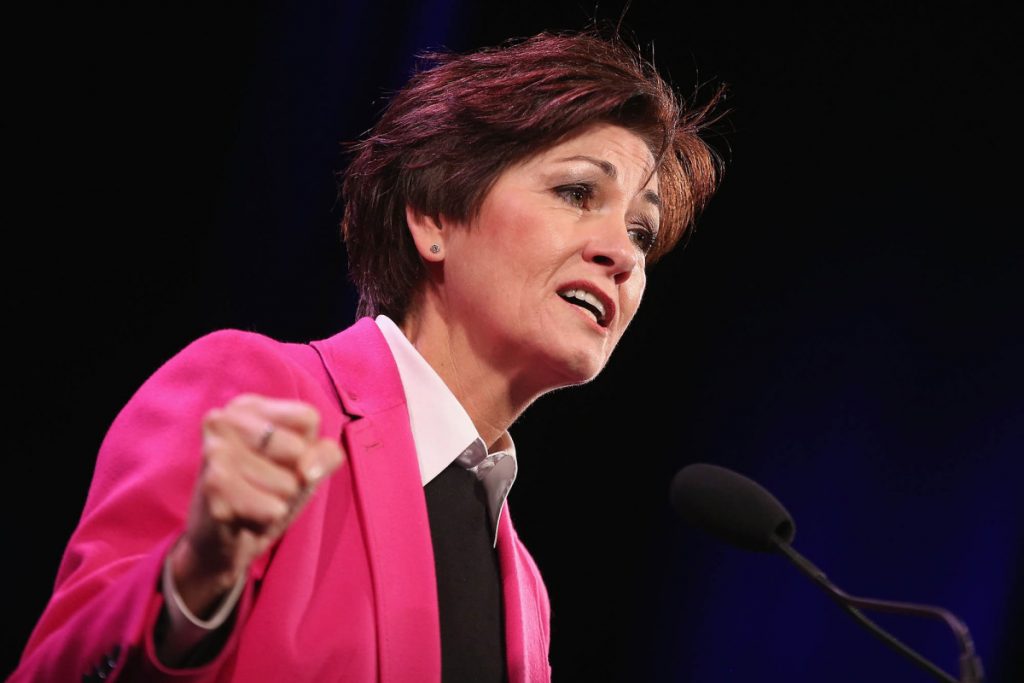 Speaking to Radio Iowa on Tuesday, Gov. Kim Reynolds (R-Iowa) said that her administration was working to have voting rights restored before the November election.

“We’re working on that right now, sitting down with various groups, listening to what they think is important, what is contained in that executive order, and then I’ve got my legal team working on it,” Reynolds told the outlet.

The two men’s murders sparked protests and riots nationwide, with thousands of people demanding justice and reform to the criminal justice system as a whole.

The Iowa governor told the radio network that she met twice with Black Lives Matter protesters to discuss the matter of restoring felon voting rights by executive order, admitting that things were “a little bumpy” at the start of their discussions.

“We’ve got people who are new to the process and I don’t mean this in a bad way, but just not familiar with who can do what, how it is implemented, how important it is to get it done right,” Reynolds said.

As for how to placate concerned GOP lawmakers in their state House and Senate, Reynolds is likely redrafting the proposed constitutional amendment to include some limitations.

“I still am not going to give up on a permanent solution, I just believe that’s the right thing to do and then it doesn’t matter who’s sitting in the governor’s chair,” Reynolds said.

Some of those limitations include repayment of all victim restitution before a felon would be permitted to vote, and barring felons convicted of murder and some sex crimes from voting permanently.

Prior to this move, Iowa was the only remaining state in the nation that permanently barred paroled ex-felons from voting.