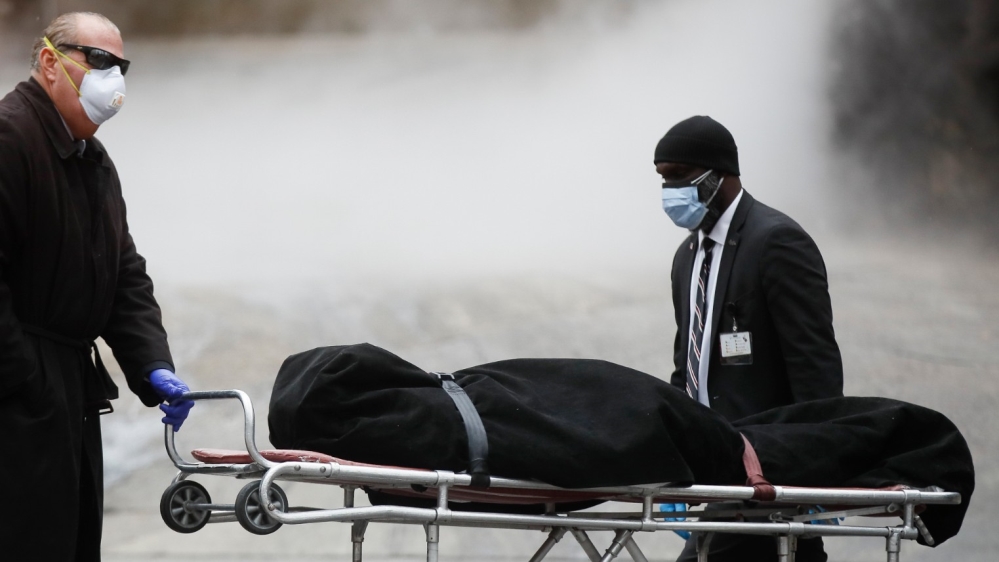 The worldwide reported death toll in the coronavirus pandemic has surpassed half a million, according to figures published by Johns Hopkins University, with the United States, Brazil and the United Kingdom being the three countries recording the highest numbers of fatalities.

The number of confirmed deaths related to COVID-19, the disease caused by the new coronavirus, reached 500,108 on Sunday, while the total number of infections passed the 10 million mark worldwide, with some 10,055,037 cases reported.

Johns Hopkins’ tally registered the new milestone after India and Russia reported thousands of new cases. The US has confirmed more than 2.5 million infections, the most in the world.

While the university reports only confirmed coronavirus cases, some experts believe the true number of people who have been infected could be as much as 10 times that figure, given that so many people cannot get tested or may have the virus without showing any symptoms.

The surge in the number of cases comes as countries around the world roll back lockdown restrictions that were imposed in a bid to curb the spread of the disease.

Earlier this month, the World Health Organization warned of a second wave of infections as governments rushed to reopen their economies amid soaring joblessness.