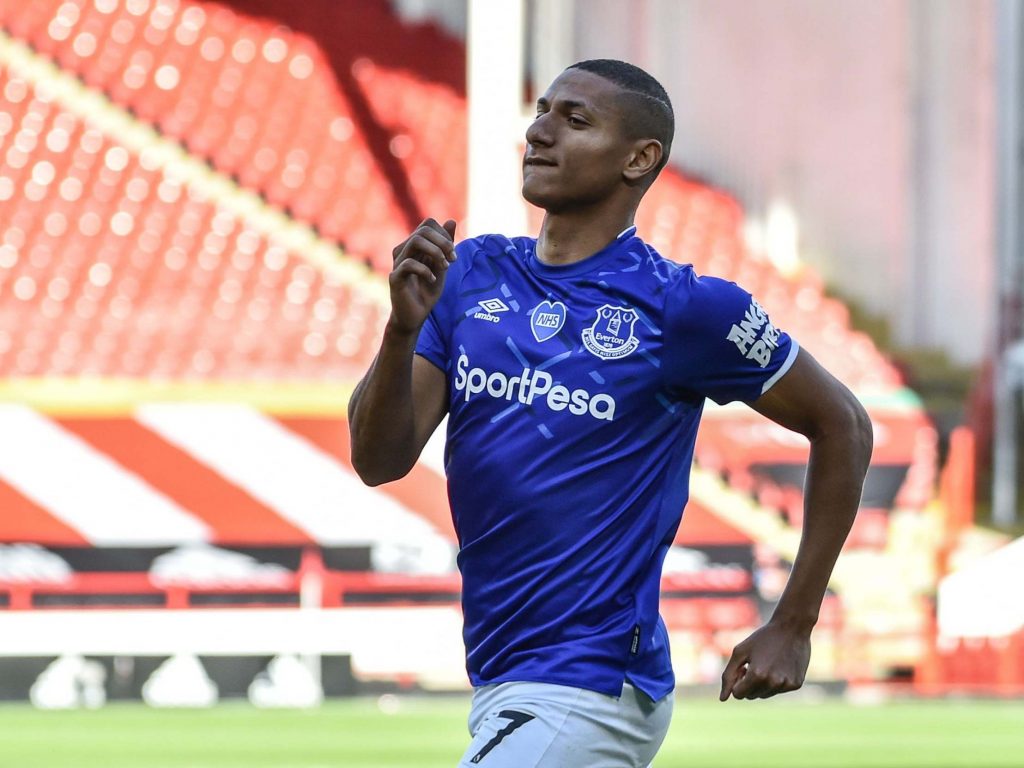 Sheffield United are taking on Everton at Bramall Lane this evening as both clubs look to finish the season strongly.

The Blades are still in the hunt for Europe but need a win after that defeat by Leicester City last time out. Everton are without a win in four games and are now battling with Southampton to finish 11th in the table.

Disappointment for United who stay in eighth. Might be the end of their European hopes. Everton up to 11th.

Big chance at the end as a bouncing ball drops to McGoldrick, but he loses his footing as he primes himself to shoot and skies the attempt.

Game over, three points for Everton.

​Gordon dribbles past the last man on the counter-attack…but then tries to square the ball instead of finishing himself. Could have ended the match. Probably won’t matter as United have offered nothing.

Digne gets into space down the left and delivers, but his cross is cut out. At the other end Pickford just about manages to play his way past a press and Everton play out. Richarlison is booked for not retreating on a free-kick.

​EVE sub: Sigurdsson off, Coleman on

Into the closing minutes and in all honesty, United aren’t close to a goal. Very stodgy and one-dimensional tonight, all in front of Everton’s defence for the most part.

​EVE sub: Gordon on for Walcott

​Andre Gomes sends a shot wide. Wilder sends on the joker in the pack, with a change of shape likely now.

SHU sub: Zivkovic on for Basham.

​Yellow card for Calvert-Lewin for a forceful challenge on Stevens with an arm in the face.

​Still no shot on target for the home team as we head in toward the final 15 minutes. A free-kick delivery isn’t great now and Everton clear easily.

​Henderson has definitely been the busier goalkeeper tonight and he has to deal with another ball in toward his near post – which almost strikes his near post, in fact.

​Theo Walcott skins Stevens with some good skill, but then his cut-back is played blind and behind every one of his team-mates. Drinks break time and more subs afoot.

SHU sub: Lundstram on for Norwood.

​Couple of subs for the home side.

SHU subs: Sharp and Fleck for Osborn and McBurnie.

​The best two moves of the match. Richarlison plays in Calvert-Lewin and he shoots early on his left foot, but between a deflection on the shot and Henderson’s good reactions, it stays out.

Up the other end, Berge gets down the right side and his low cross is aimed for McBurnie, but Keane just beats him to the ball and clears.

​Keane half-deals with a cross and it bounces into a dangerous area, but Pickford pounces before it can result in a clear chance for United.

​Enda Stevens almost has a chance to equalise immediately, but after good initial control he’s closed down as he tries to shoot. A cut-back then finds McGoldrick, but he’s also blocked as he gets his shot away.

​47′ – Just over a minute into the second half, Everton take the lead. A good free-kick from deep is aimed toward Richarlison, he flicks it on and Henderson can’t keep it out. 1-0 to the away team.

READ  How to tell if a New Online Casino is Legit?

We are back underway.

​Training session stuff for most of the half. Calvert-Lewin came closest with that close-range header.

​Norwood slides in and wins a tackle perfectly. The referee decides it’s a yellow card offence.

​Basham clips a cross in toward the back post and Pickford claws it away as though he felt it was heading to the top corner. At the other end, Richarlison wins a corner – the second ball is hung up toward the far post but Calvert-Lewin can only head against the post from four yards out.

How can I watch it online and on TV?

The match will be broadcast live on Amazon Prime Video and streamed live on Twitch.

Sheffield United are likely to be without Leon Clarke and Luke Freeman, but otherwise have a clean bill of health.

Everton will be without long-term absentees Jean-Philippe Gbamin and Fabian Delph, but Mason Holgate may return. Yerry Mina remains a doubt.