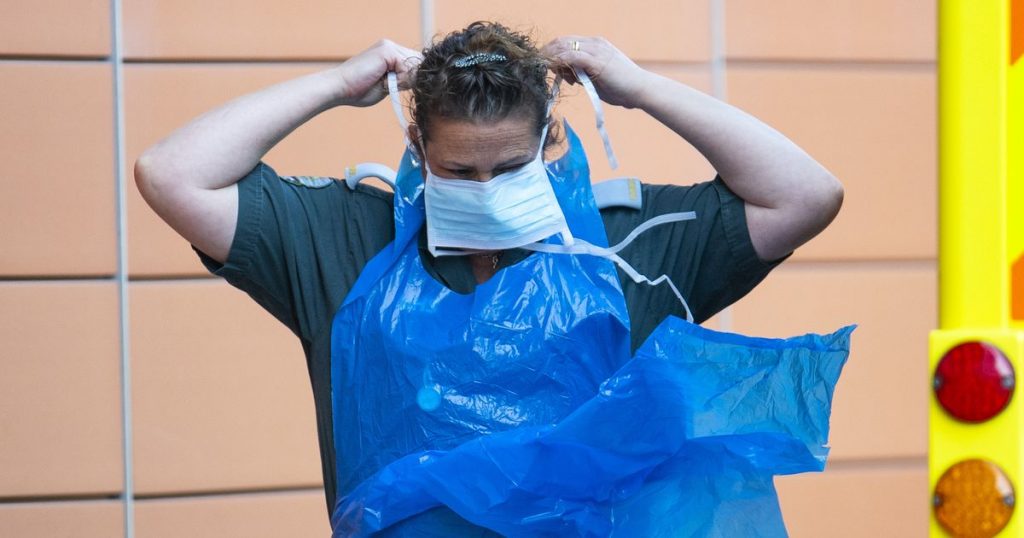 Four more people in Wales have died after testing positive for coronavirus, it has been announced.

Public Health Wales (PHW) confirmed in its daily update on Friday, July 31, that there were four new deaths following a positive laboratory test for Covid-19.

It means the overall number of deaths with lab-confirmed Covid-19 since the outbreak began has reached 1,560.

All of the new deaths were recorded in Betsi Cadwaladr University Health Board which covers north Wales and has seen a spike of the virus in Wrexham.

However, this doesn’t necessarily mean no-one died with the virus on those specific dates as it can take several days for a death to be logged officially.

So-called “true” death figures published by the Office for National Statistics (ONS), which include all deaths where the virus was mentioned on a death certificate and not just cases cases identified in a lab, found that 2,501 had died with coronavirus in Wales up to July 17.

Meanwhile, PHW said on Wednesday that the number of lab-confirmed positive cases of coronavirus in Wales had increased by 26 to bring the total to 17,258.

Wrexham and Denbighshire both recorded the most positive cases with eight, followed by Flintshire with six. Torfaen, Anglesey, Gwynedd and Swansea all had one new case, while all other local authorities had no new cases.

It means there were only two new positive cases in Wales outside of Betsi Cadwaladr University Health Board which recorded 24 of the 26 cases.

Where the new cases of Covid-19 were reported today

The latest figures were released following a press conference with First Minister Mark Drakeford who announced a new easing of lockdown restrictions.

He gave the green light for restaurants, pubs, and cafés to re-open indoors from Monday, August 3, while swimming pools, gyms, leisure centres and indoor play areas – including soft play – will also be able to welcome visitors again from Monday, August 10.

Meanwhile, up to 30 people will be able to meet outdoors from August 3, and children under the age of 11 will no longer have to maintain a two-metre distance from each other or from adults.

The new rules are said to be in line with the latest scientific evidence about lower transmission rates in this age group.

During the press conference, Mr Drakeford said: “We have only been able to lift the restrictions because of everything you have done to reduce the spread of coronavirus – you have stayed at home, you have stayed local, and you have kept Wales safe.

“The result is that the virus is continuing to decline in Wales and we can once again, carefully and cautiously, go on lifting the lockdown.

“But coronavirus has not gone away. This pandemic will not be over by Christmas. This is why is so important that we all protect ourselves from the virus.

“That means keeping your distance from other people, washing your hands often, and wearing a face covering on public transport.”

Mr Drakeford, who added that Wales was moving into the “green phase” in its traffic light system, said he would like to be able to offer more chances for family and friends to meet indoors.

But he admitted this was “one of the most difficult areas from a public health perspective” because of the increased risk of transmission.

“More than half of the cases our contract tracers identified in July in north Wales were linked to household contacts,” he said.

In England, it has been announced that indoor meetings have been curtailed in Greater Manchester, east Lancashire, and parts of West Yorkshire following a spike in coronavirus cases.

“All of this is bound to give us pause for thought,” he said.

“Our step-by-step approach in Wales allows us to weigh up the evidence for each change we make and we will go on doing that for indoor meetings over the next two weeks.”

Plans have also been shelved in England to re-open bowling alleys, casinos and ice rinks which were due to resume business on Saturday, August 1.

Meanwhile, the Scottish Government has advised against travel to parts of northern England facing lockdown restrictions.

“With those numbers creeping up, our assessment is that we should squeeze that brake pedal… in order to keep the virus under control,” said Mr Johnson.