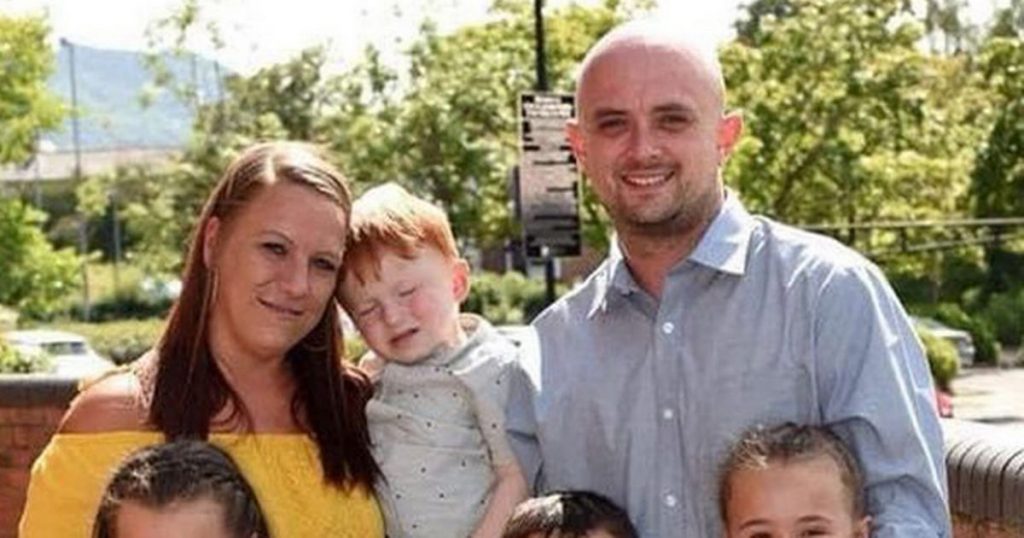 A hero dad who died trying to rescue three of his children from drowning has been named.

Jonathan Stevens was with his family at Barmouth beach in Wales when they began to struggle in the water at lunchtime yesterday.

Plasterer Mr Stevens, 36, tried to pull his children – who had been caught in the rip tide – to safety.

In a statement to North Wales Live provided by a relative, Ms Burford, 34, who was back home in Telford when the tragedy happened, said: “I am absolutely devastated to say that I have lost the complete love of my life.

The video will start in8Cancel

“All seven of his beautiful kids have lost their dad. He died saving his kids’ lives in the sea.

“There are no words to describe the pain. I will always be grateful to (him) for bringing our babies back.

“I love him, always have, and always will.”

A GoFundMe page has been set up for Ms Burford, and for Mr Stevens’ children, by friend Mel Plowman.

She described Mr Stevens as a “true hero”, and said she hoped to raise money to support Mr Stevens’ loved ones.

He is believed to have been with three of his children, aged between 10 and 12, when it happened.

A spokesman for North Wales Police said: “Police and the Coastguard were called at 1.58pm on Sunday to a report that a man had got into difficulty in the sea in Barmouth.

“The man was taken by air ambulance to Ysbyty Gwynedd, where he tragically died.”

“Barmouth harbour master and the Coastguard rescue helicopter and helimed also attended. A male casualty was recovered from the water and transferred to Ysbyty Gwynedd in a serious condition.”

A spokeswoman for the Welsh Ambulance Service said: “We were called at 1.39pm to reports of persons caught in a rip tide at Barmouth beach.

“We sent two rapid response cars and two emergency ambulances to the scene where crews were also supported by a Wales Air Ambulance and a search and rescue helicopter.