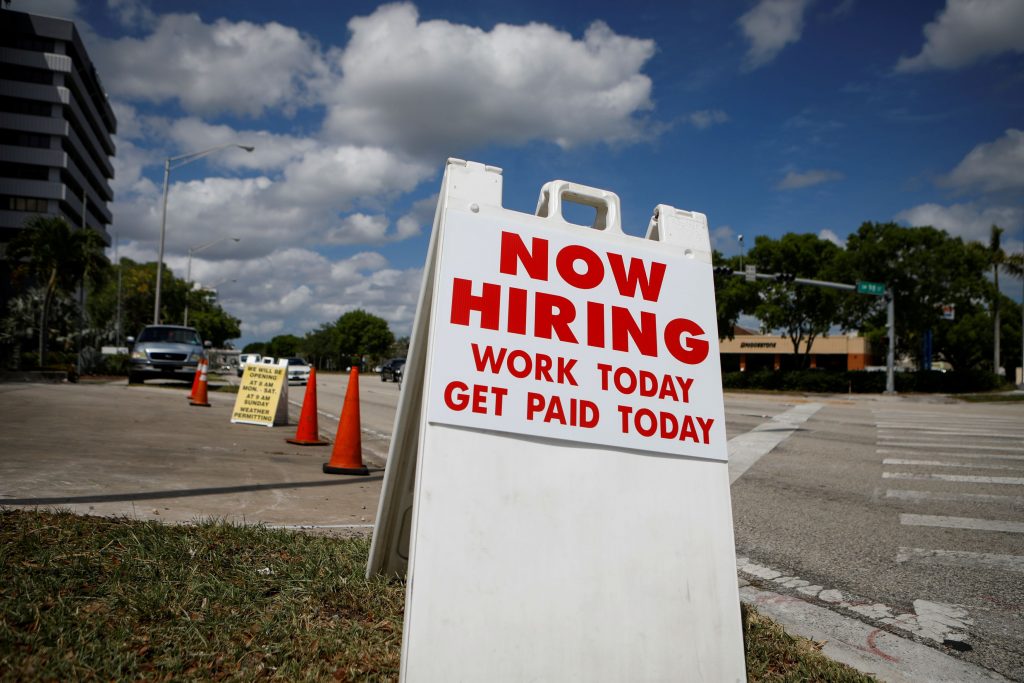 Private payroll growth exceeded expectations in August, according to a report from the ADP on Wednesday, which showed job differences were different for the government during the coronavirus epidemic.

Companies added 428,000 jobs this month, down from an estimate of 1.17 million from economists surveyed by the Dow Jones, but more than the poor 212,000 measured by ADP in July.

Companies with more than 500 employees employed 298,000 workers while large businesses dominated job creation. Medium-sized businesses were next with 79,000, while companies with fewer than 50 workers grew by 52,000.

After lagging behind in the early part of the pandemic recovery, leisure and hospitality moved forward with 129,000 new jobs, education and health services contributed 100,000 and professional and business services increased by 66,000. Construction also increased by 28,000 and manufacturing by 9,000.

Markets did not respond much to the report Stock futures indicating a positive open On Wall Street and government bond yields are high.

“Job gains are very low, and businesses of all sizes and sectors have not yet reached their former COVID-19 employment levels,” said Ahu Yildirmaz, vice president and co-head of the ADP Research Institute.

ADP’s numbers have lagged behind government figures since the outbreak began in March. The July total was revised from an initial estimate of 167,000, while the Bureau of Labor Statistics’ non-form payroll estimate was less than 1.76 million. For June, ADP initially reported growth of 2.4 million, then revised it to about 4.5 million, and revised the total loss to 2.76 million at the beginning of May, followed by a gain of 3.34 million.

Mark Jandi, chief economist at Moody’s Analytics, which collaborates with ADP on the report, said the amendments after the July release were simply correlated with the BLS calculation.

Economists expect the government’s unarmed payrolls report on Friday to make a profit of 1.32 million in August.