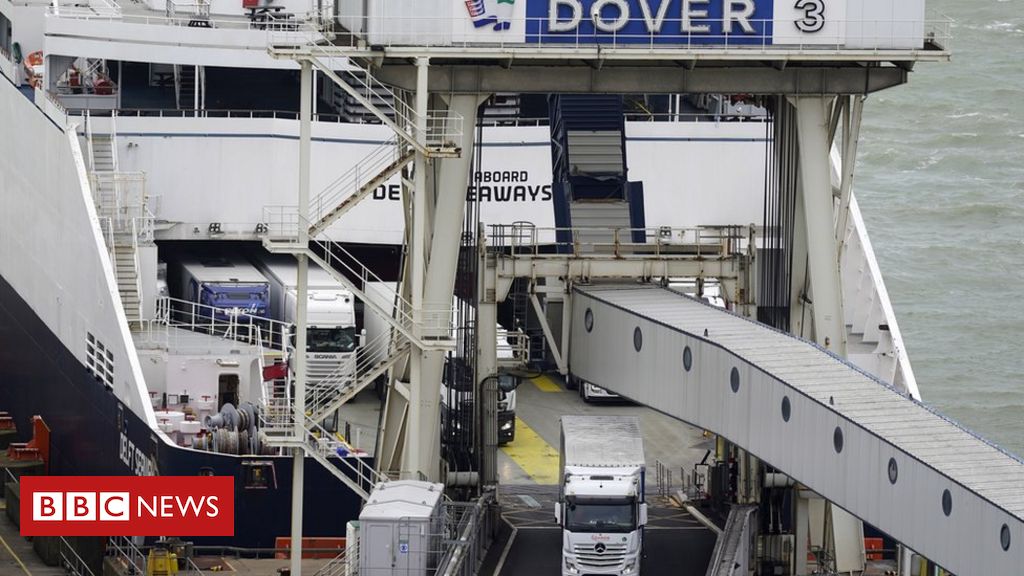 The UK chief Brexit negotiator said the government was not afraid to stay out of the talks without a trade deal ready to take effect in 2021.

David Frost told the Mail on Sunday The UK is leaving the transition alignment – which sees most following EU rules – as “what could come” in December.

In contrast, Theresa May’s team was called “the blink and its bluff,” he said.

EU negotiator Michelle Barnier said she was concerned and frustrated about the lack of concessions from the UK.

He spoke after informal talks between the couple failed to make progress.

The eighth round of official talks will begin on Monday.

The two sides want the agreement to be signed next month by politicians on both sides of the channel before the transition period ends on December 31.

Differences remain on issues such as the level of fishing and taxpayer support that can be provided to UK businesses once they become an independent country.

Lord Frost told the newspaper: “They realize that much of what we are trying to do this year means what we say and they need to take our position seriously.”

The UK withdrew from the European Union in February, but it remained in transition until the end of December, where very little changed.

There is still time to negotiate long-term arrangements between London and Brussels, and the language from Lord Frost is contemptuous.

“We’re not going to be a client state,” he said. “We do not accept the rules that lock us in the way the EU does things.”

Although this is his first interview with the UK since leaving the EU, Brussels officials are familiar with his claims. One described the comments as “surprising muscle flexion”.

Sources there say they cannot accept that the UK has the freedom to reduce businesses on the continent to their own single market.

The time for compromise is short. Not that it won’t happen, but there is no guarantee that it will happen.

In the interview, Lord Frost said that seeking control over the country’s money and affairs should not be “controversial”.

“Being an independent country means that the British people voted and the same will happen at the end of the year,” he said.

“I do not think we are afraid of this at all. We want to regain the powers that control our borders and that is the most important thing.”

He said the government was fully prepared to do business with the EU without a formal agreement.

In practice, this means taxes on exports and customs checks.

This is a scenario where border management systems are still on the rise and running road haulers to make sure goods are cleared to go to the EU can cause a “serious” disruption to supply chains.

Last week, the The Road House Association UK says it is “sleeping into disaster”.

READ  "Freedom Convoy": Protesters do not give ground