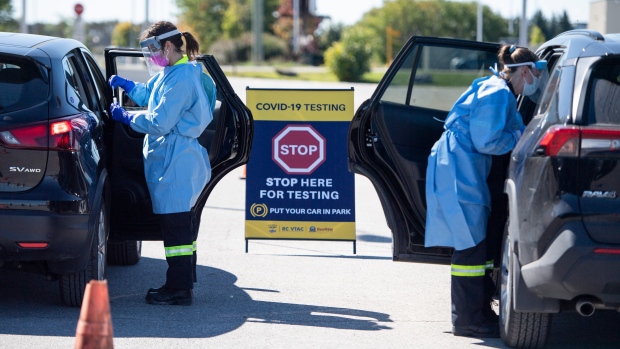 TORONTO – The number of daily COVID-19 cases in Ontario has risen to unseen numbers since more than 500 cases were reported from the height of the epidemic in May.

Health officials on Tuesday reported 478 new cases of the coronavirus novel, the highest daily rate since May 2 with 511 cases confirmed.

The province reported another three deaths due to COVID-19, bringing the total death toll to 2,832.

The new infections brought the province’s total number of lab-certified infections to 47,752, including 41,342 recoveries and deaths.

Ontario Health Minister Christine Elliott said Tuesday that 68 percent (242) of the new cases were people under the age of 40.

Where are Ontario’s new COVID-19 cases?

Most of the new cases are mainly in the Ottawa, Toronto and Peel regions.

In the Middlesex-London area, 12 cases each were reported in the Hamilton and Halton region.

The Ontario hospital with COVID-19 currently has 82 patients, 24 of whom are being treated in the intensive care unit. 11 of them are breathing with the help of a ventilator.

Testing for COVID-19 in Ontario

According to Elliott, 32,400 tests for COVID-19 were processed within the last recorded 24-hour period.

About 40,000 tests are currently under investigation in the province.

Back on May 2, when the province reported more than 500 new cases in a single day, 16,305 tests were conducted during the same period.

More than 3.6 million COVID-19 tests have been performed since the virus entered the province in late January in Ontario.