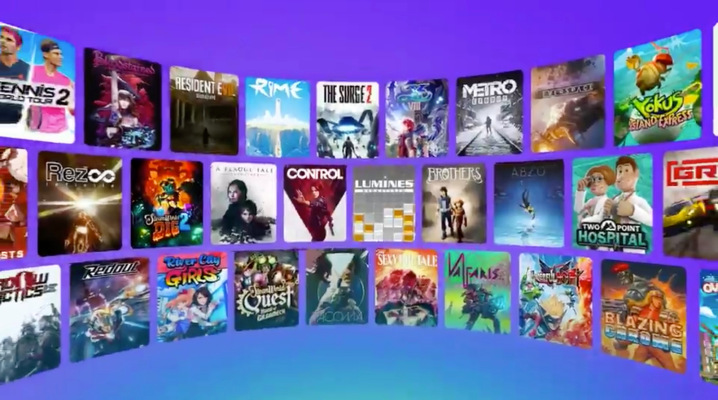 Amazon Announcing plenty of new game service and hardware updates, tech companies have teamed up against app stores and United Airlines are testing a program for faster COVID-19 testing. This is your Daily Crunch for September 24, 2020.

Amazon’s competitor Google Stadia and Microsoft xCloud Called Luna and it is Available from today 99 5.99 per month at the initial access price. With over 50 games in the library, subscribers can play games across PC, Mac and iOS.

The company made the announcement at a virtual press event, where it was also revealed Redesigned eco line (With spherical speakers and swiveling screens), the The latest ring security camera And new, low cost Fire TV Stick Light.

You can also check Our full roundup Amazon’s ads.

App makers team up with new ‘Alliance for App Fairness’ to fight for App Store changes – Thirteen app publishers, including Epic Games, Deezer, Basecamp, Tile, Spotify, and others, have officially launched a coalition of their efforts to force app store providers to change their policies or face regulation.

Launches LinkedIn Stories, Plus Zoom, BlueGenes and Teams video integrations as part of a broader redesign – LinkedIn Recruitment has built its business around it, so this re-design pushes engagement in other ways, waiting for the job economy.

Facebook gives more details about the efforts made against the hate speech before the Myanmar general election – This includes adding Burmese language warning screens to information third-party fact-checkers incorrectly rated.

Why is Robinhood not yet in action? – The latest episode of Equity discusses a big funding round for Robinhood.

The Twitter-backed Indian social network ShareChat has garnered over 40 million – After the TicTac ban in India, many startups launched short-video apps, but ShareChat Clearly established dominance.

Spotify CEO Daniel Eck pledges $ 1 billion in wealth to support deeptech startups from Europe – Ek Machine Learning, Biotechnology, Material Sciences and Energy are the areas he wants to invest in.

Advice and analysis from extra crunch

3 founders on why alternative start-up ownership structures were adopted – When interrupted, we hear about alternative approaches to ensure that only VCs and start-up entrepreneurs can benefit from the initial successes.

Coinbase UXTeardown: 5 fails and how to fix them – These lessons can be applied to many other digital products, including the need to avoid the “get started” trap.

When tech stocks sink, will Insertech startup root target an IPO? – Alex Wilhelm writes that the first appearance of the root can clarify the IPO and value of lemon juice.

(Reminder: Extra Crunch is our membership membership program that democratizes information about startups. You can sign up here.)

Announces final agenda for TC Sessions: Mobility 2020 – Tech Crunch reporters and editors interview some of the top leaders in transportation.

Daily Crunch is a roundup of Tech Crunch of our biggest and most important stories. If you want to deliver to your inbox every day at 3pm at Pacific, you can Subscribe here.