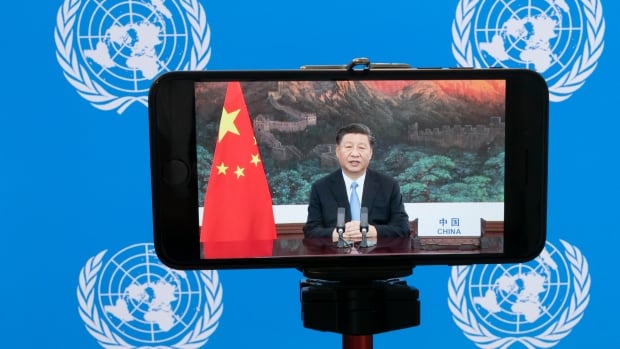 China, the United States and Russia held heads at the United Nations on Thursday over responsibility for the pandemic that has disrupted the world, with allegations of who misappropriated and politicized the virus in one of the few real-time exchanges between top officials this year at the COVID-far UN UN assembly.

The remarks came after UN Secretary-General Antonio Guterres condemned the lack of international cooperation in tackling the still-uncontrolled coronavirus.

At the end of the virtual conference on “Postcovid-19 Global Governance”, sharp exchanges reflected the deep divisions among the three veto-wilding council members, who said the virus had spread since it first originated in the Chinese city of Wuhan.

Chinese Foreign Minister Wang Yi first stressed the importance of UN-centered multilateralism and pointed out to countries, including the United States – that the COVID-19 vaccine is no longer available to the people of the world for good.

“In such a challenging moment, major nations have a greater duty to put the future of mankind first, to ignore the Cold War mentality and ideological bias, and to come together in a spirit of partnership to overcome difficulties,” Wang said.

At US and European Union sanctions, including on Russia, Syria and others, he said: “Arbitrary sanctions and long-term jurisdiction need to be opposed to safeguard the authority and sanctity of international law.”

The Virtual 75th United Nations General Assembly focused on COVID-19, but the recorded speeches had very different approaches to the epidemic. While the Secretary-General continued his message of working together around the world, US President Donald Trump told other leaders to look after their countries first. 2:00
READ  Voting locations have been reduced in the weeks leading up to the Texas gubernatorial election

Russian Foreign Minister Sergei Lavrov said the pandemic and its “general misfortune did not eliminate inter-state differences, but on the contrary exacerbated them.”

“All countries have a temptation to look abroad for those responsible for their own internal problems,” he said. “And we see efforts on behalf of individual countries to use the current situation to address the score with undesirable governments or geopolitical competitors.”

Kelly Kraft, the UN ambassador to the United States, opened her remarks late in the meeting with blunt joy.

“Shame on each of you. I was shocked and disgusted to see the content of today’s discussion,” Kraft said. Other delegates “are destroying this opportunity for political purposes,” she said.

“President Trump has made it very clear: we will do the right thing, even if it’s unpopular, because, let’s tell you, it’s not a popular contest,” Kraft said.

UN Secretary-General Antonio Guterres at the beginning of the 75th Annual General Meeting expressed solidarity in tackling the toughest challenges in the world. 2:02

Citing Trump’s speech at the opening of the General Assembly Leaders’ Conference on Tuesday, he said, “We must be accountable to the country that spread this plague to the world: China.”

“Communist Party of China’s decision to hide the source of the virus, reduce its risk and suppress scientific cooperation [that] The local epidemic has turned into a global pandemic, Kraft said, adding that “these measures prove that all member states are not equally committed to public health, transparency and their international responsibilities.”

At the end of the meeting, Chinese Ambassador to the United Nations Ng Kong Jun said at length, “China strongly opposes and rejects baseless allegations against the United States.”

“By abusing the platform of the UN and its Security Council, the U.S. is spreading political virus and misinformation and creating conflict and division,” Zhang said.

Ng Hong said: “The United States must understand that failure to implement COVID-19 is entirely its fault.”

The United Nations Chief Security Council has opened a meeting saying the world has failed to cooperate in tackling the COVID-19 epidemic. “If the world responds to even more catastrophic challenges with the same paradox and confusion,” Guterres said, “I’m afraid of the worst.”

He described the failure of the international community as “a lack of global preparedness, cooperation, unity and solidarity”.

Guterres estimates that the coronavirus has killed more than 30 million people worldwide. He added that the global response was even more divisive, saying, “When countries go in different directions, the virus goes in every direction.”