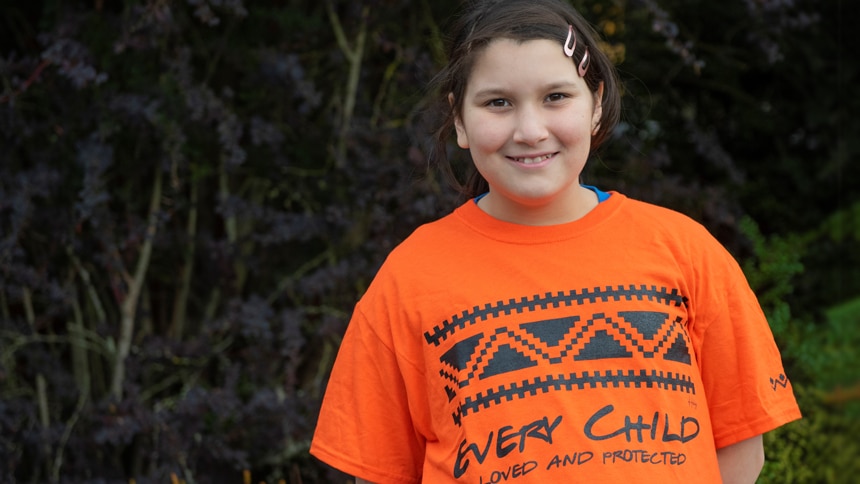 11-year-old Hayley Petkov was in 3rd grade when she was shocked to learn that there was no Orange Shirt Day at her school.

She asked her mother if she could talk about it.

Hailey Orange Shirt Day is being celebrated for the third year in a row at St. Michael’s University School on Vancouver Island.

The annual event on September 30 will help children understand the detrimental effect of Canada’s residential school system on indigenous peoples.

It was important for Haley to make this day part of her school calendar because she came from a residential school survivor family, including her father.

That means they came out of their experiences in schools. Unfortunately, for others, this is not always the case.

Hayley and her father speaking at the 2018 Orange Shirt Day event in Victoria. Her father, Steve Schwittletx, had to attend Cooper Island Residential School as a child. (Image submitted by Jean Petkov)

What are residential schools?

Between 1831 and 1996, thousands of indigenous children were taken from their communities and sent to boarding schools known as residential schools.

These schools are funded by the Canadian government and run by Christian churches or regional governments.

Schools tried to distance children from their native culture and did not allow them to speak their own languages. 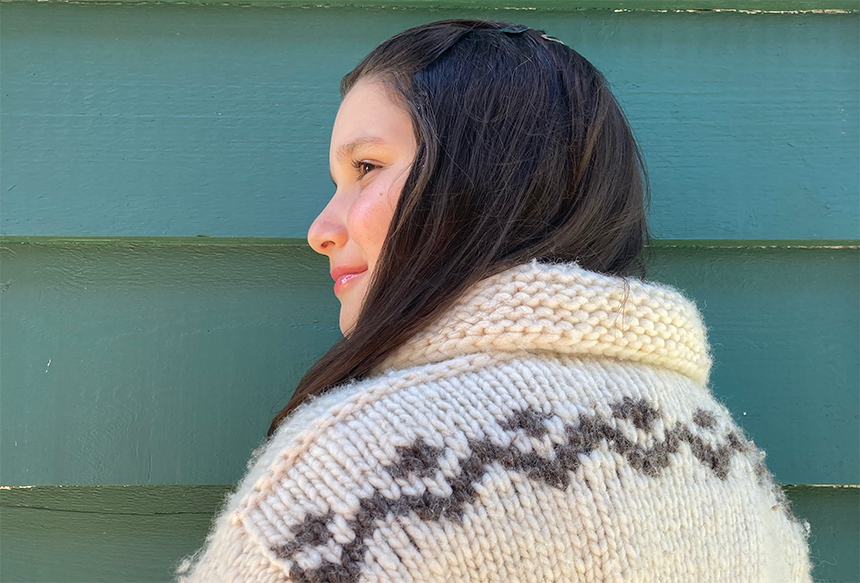 Hayley wore a residential school surviving grandmother’s knitted ater loco. Haley is a member of the Penelocut tribe on the east coast of Vancouver Island. (Image submitted by Jean Petkov)

Many children in these schools were abused, and 6,000 children died of illness or starvation.

The story behind the Orange Shirt Day

Phyllis Webbstadt started Orange Shirt Day in 2013 with a residential school survivor who went to a boarding school in Williams Lake, British Columbia.

The day is named after what she experienced on the first day of school when she was just six years old.

She came wearing a new orange shirt that her grandmother had bought, but the school staff removed it from her.

The event takes place on September 30 each year, as many indigenous children have had to leave their homes.

People wear orange shirts to honor Phyllis Webbstadt and to raise awareness of what residential schools have done to indigenous peoples.

“It simply came to our notice then. They can’t say now, it was in the past, we can forget about it. Because the past is important. ”

After enrolling her school on board, Haley organized her first Orange Shirt Day in Grade 4 and raised 200,200 by selling hundreds of homemade bracelets made with her family and friends. 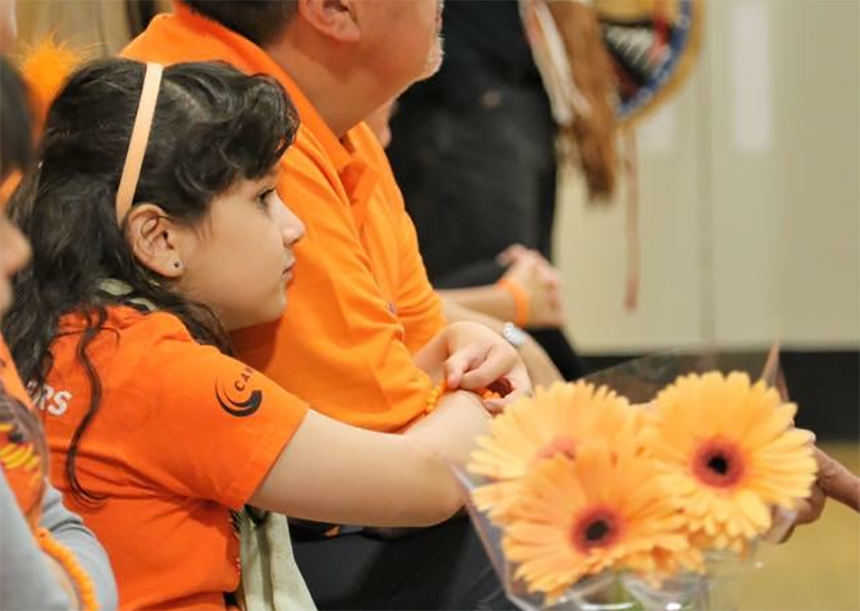 In 2018, the proceeds from the sale of bracelets collected by Haley were used to buy books for Penelcut Island, Penelcut Island Elementary School in BC (Image submitted by Jean Petkov)

In Grade 5, she collected 8,800 used to send students on a cultural exchange to learn about the First Nations tribes at the Stage ‘Minus Community School in Ladysmith, BC.

COVID-19 Despite the complexities this year, Haley continues to raise funds by selling orange shirts at his school while practicing physical distance.

She had already collected $ 5,000 before the day arrived.

The money goes to the Quam Quam Stuvixvul Community School in Nanaimo, BC

“I was standing in front of the assembly before this orange wave. It seemed to me that people were paying attention and raising awareness.” 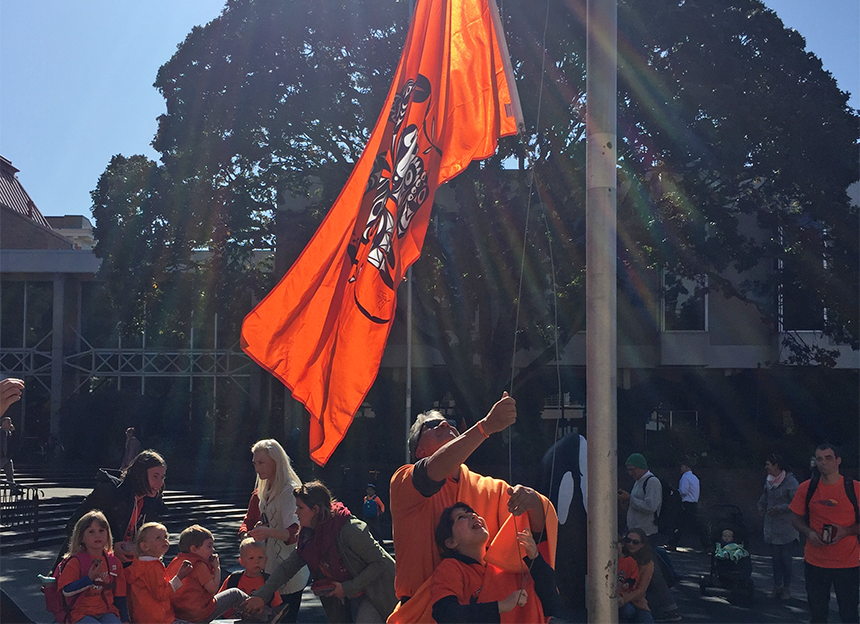 Haley said she hopes that by helping other students understand the past, they can create a better future together.

“I hope they learn from a homegrown perspective what happened and why it’s not right, and how we can change the present and strive for a better future.”

When asked what Canadian children can do outside of the Orange Shirt Day, Hayley said it is important to find ways to revive and uplift the indigenous culture.

“I’ve always noticed that there is a shortage of native language classes. I think there should be more because residential schools have really removed the language; now there are not many speakers.”

Want to know more about Swadeshi word? See below.