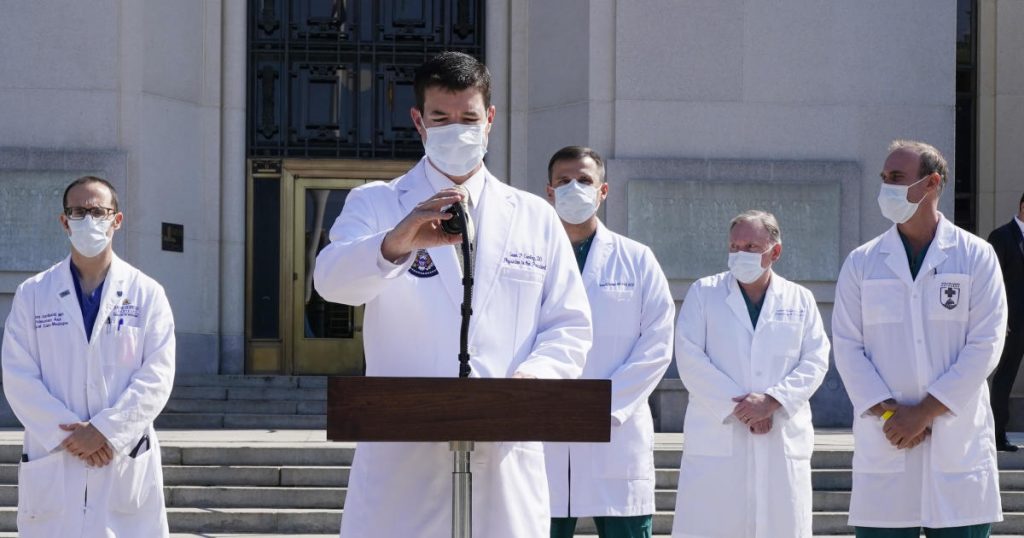 President Trump “continues to improve” COVID-19 treatment at the Walter Reed National Military Medical Center, his doctors said Sunday, suggesting he could return to the White House as early as Monday if he makes progress.

“If he looks and feels like he does today, our hope is that he can plan for a discharge to the White House early tomorrow, where he can continue his course of treatment,” said Dr. Brian Garibaldi, of Johns Hopkins University, contacting the president’s medical treatment.

But White House doctor Dr. Sean Conley said the president had been given a steroid dose. Dexamethasone, Saturday, and has experienced two drops in his oxygen levels since the onset of the disease. Dexamethasone Shown To improve outcomes in patients with severe cases of COVID-19, including those in need of supplemental oxygen.

Conley said the president’s move to Walter Reed on Friday was due to Conley’s concern for “rapid progression” of his symptoms from Thursday night to Friday morning, with high fever and low oxygen levels. Conley said Trump was given supplemental oxygen on Friday before being brought to the medical center.

In a statement late Saturday, President Conley said he was “not out of the woods yet” but that the medical team was “careful and hopeful”.

Dr Sean Dooley, another member of the president’s medical team, said Sunday that Trump was no longer complaining of shortness of breath and was “wandering around.” The president said in a four-minute Twitter video Saturday night that he “feels very good” and “will be back soon.”

White House Chief of Staff Mark Meadows told Fox News on Saturday midnight that he and Conley were very concerned about Trump’s health as the president’s oxygen was falling “too fast”, but that he was “very optimistic” and that Mr. Trump was “doing very well”.

READ  Biden will take the lead, but not yet called four days after the election: this week in the 2020 race