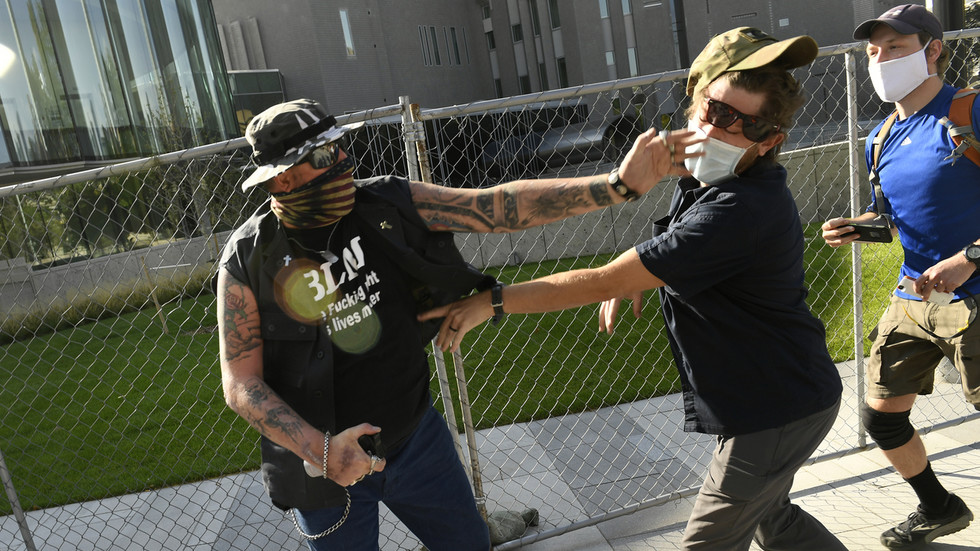 The BLM in Denver has identified the gunman who shot and killed a man amid moderate protests as a private security guard. Police say he was not with Antifa amid spec speculations that the incident was politically motivated.

The Denver Police Department (DPD) reported that the suspect who opened fire on an as-yet-unidentified victim in Denver on Saturday was a private security guard.

“Further investigation confirmed that the accused was a private security guard unrelated to Antifa. Additional information will be released when it becomes available,” he said. DPD tweeted.

UPDATE: A private security guard hired by 9News has been charged with felony criminal mischief. The 9 News producer was released after the DPD said they were not involved in the incident. https://t.co/Tr6rjYdUss

Police initially reported the arrest of two people in the aftermath of an incident in Denver just after 3:00 p.m.

The channel said the second person arrested but later released by police was their producer.

9 News found that the producer was facing allegations arising from the incident.

9 News Producer, who works in the investigation department, was not involved in the incident. The producer is no longer in police custody and is not the culprit. “

Police have tried to dispel rumors that the shooter was a member of the BLM, claiming that the alleged shooter was not associated with Antifa, a group of left-wing activists.

The Denver Post initially reported the shooting after an altercation between a moderate protester “Leftist Demonstrator” The previous one saw the latter, and the left-wing demonstrator fired in response.

However, the newspaper did not take long to edit its story, police said “Called into question” Journalist’s report from the Denver Post at the scene when the shot was fired “About the shooter’s appendix.”