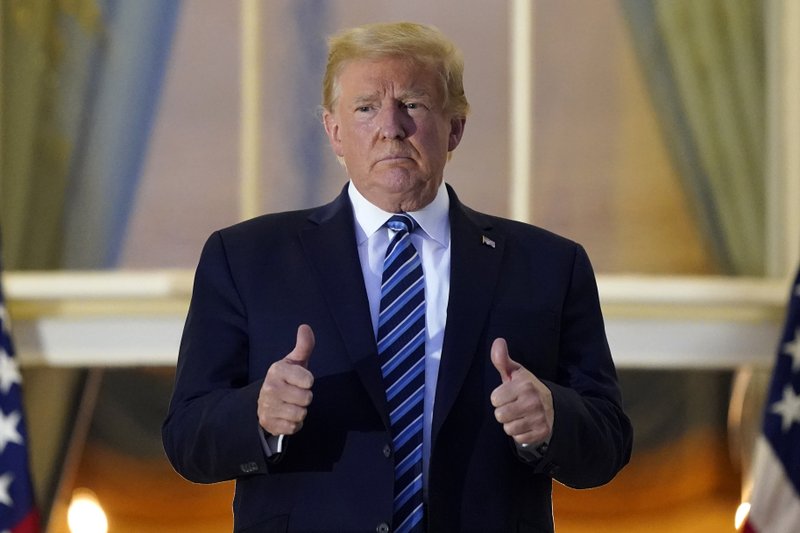 While it came as a shock to every American when US President Donald Trump and First Lady Melania Trump tested positive for Covid-19, Trump has been recovering quite well through the disease.

In a recent press conference, the US President said that he felt like a Superman following his Covid-19 treatment. He further boasted about his revered immunity from the virus following fighting it tooth and nail.

The virus has already caused the deaths of over 216,000 Americans to date.

President Trump, who tested positive for the virus on October 01, 2020, was immediately admitted to the military hospital for further treatment. He was admitted for 4 days and 3 nights in the hospital. Upon his discharge, he declared himself fit and fine to the public saying that he was treated with an experimental antibody drug for the virus.

Following his treatment and testing, the White House doctors have deemed him safe for furthering with the upcoming Presidential election rally that is going to be conducted in November.

Addressing a crowd of supporters on the airport tarmac in Johnstown, Pennsylvania, Trump addressed the crowd saying that he felt like a superman after beating the virus.

Trump, after his recovery and the clearing from the doctors, resumed his rallies in Florida. There, while addressing the crowd, he said all he knew is that he took something during his stay in the hospital which made him feel better quite fast.

Following his speech, he also thanked the doctors at Walter Reed and John Hopkins hospital for the kind of work they are consistently doing.

Cracking a joke, and boasting about his immunity now, Trump further said that he is well enough to kiss everyone in the crowd.

Trump further asked the crowd of people about the ones who have contracted the virus and recovered from it. Upon seeing the kind of hands raised, he said that the same was a lot of people; but they are immune to the virus now.

But, given that he is the President of the U.S, he needed to get better quickly to get back to work.

The U.S has reported over 8,000,000 cases with over 220,000 deaths now. The numbers are consistently increasing, especially with the kind of precautions that are being taken.

Several studies conducted have also found that the virus is likely affecting people with comorbidities or the ones who have a previous history of smoking or using vape.

Not just that, reports also suggest that even after people recover from the virus, they are experiencing the prolonged appearance of the symptoms including breathing difficulties and fatigue.

Practicing better personal hygiene, wearing masks, and ensuring social distancing is the world’s only way of preventing further deterioration until the scientists manage to develop a vaccine that works in preventing the disease.

President Trump is currently better along with the first lady, as per the official reports.