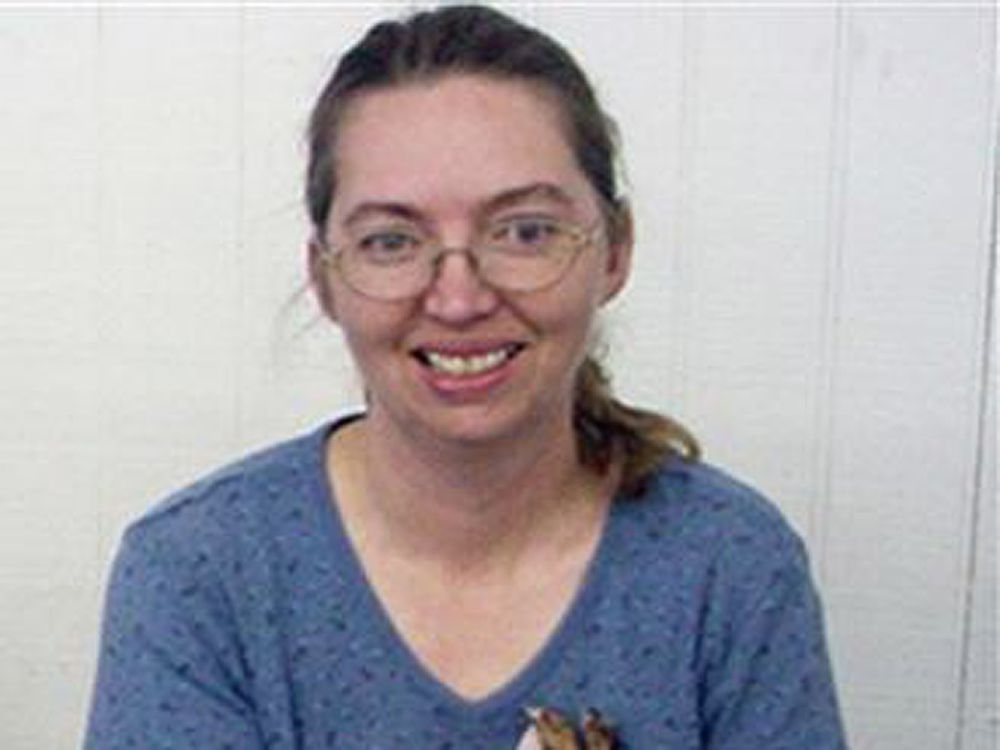 “Lisa Montgomery has long accepted full responsibility for her crime and she will never leave prison. But the devastating effects of her serious mental illness and her childhood trauma will execute a severe injustice to her.”

In 2004, Montgomery was convicted of strangling Bobby Joe Stinnett, a 23-year-old Missouri woman eight months pregnant, with a white cord.

Then Montgomery, 36, cut the fetus from Stinnett’s womb with a kitchen knife, untied the umbilical cord and abducted the baby.

No sign of forced entry was found at Stinnet’s home in Skidmore, Missouri, and Montgomery entered the home on December 16, 2004, according to Happy Heaven Farms from Stinnet’s dog business.

The two women met at a dog show in April 2004 and chatted online in a chat room called ‘Rotter Chatter’.

Chatroom exchanges led police to a farmhouse in Melbourne, Kansas the next day, December 17, 2004. There, they arrested Montgomery and miraculously captured the babe that day, returning to her father and naming him Victoria Joe Stinnett.

Trial Heard Montgomery pulled out of his vehicle after killing Stinnet to tighten the baby’s umbilical cord, suck the mucus out of its mouth and clean it with a wipe.

Montgomery phoned her husband, Kevin, and told him that she had gone through a premature delivery and had given birth at a women’s medical clinic. Kevin Montgomery met his wife in a parking lot near the clinic, where he unintentionally spotted the baby in the car seat, and the two returned home together.

READ  The 4th dose vaccine is "less" effective against Omicron, according to an Israeli hospital study.