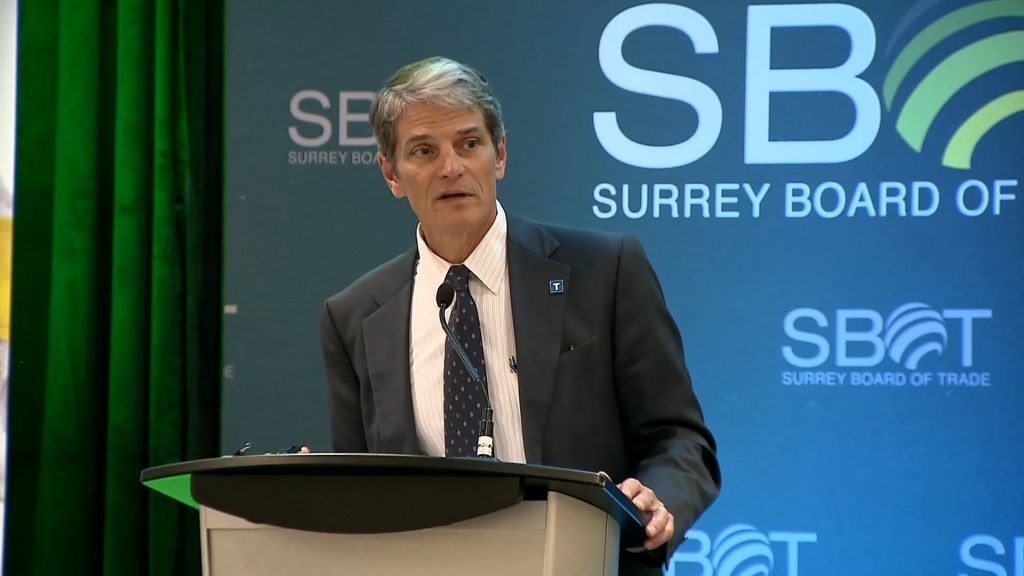 New Westminster (News 1130) – The head of Translink is retiring after nearly five years in power, and at a time when transit providers are looking at unprecedented low ridership and financial struggles, the COVID-19 pandemic is likely to increase.

Kevin Desmond announced on Tuesday that he would step down as chief executive officer of the Transit Authority in February. Desmond says he plans to return to America for new work.

“It is an honor to serve this great area,” he said. “When I arrived in 2016, I knew we already had a world-class transportation system and was proud to have helped expand the breadth and depth of our services with a relentless commitment to our customers and public accountability. In an organization committed to safety, reliability, positive customer experience and better public engagement. These achievements are thanks to a diverse team of nearly 8,000 employees. ”

.Rans Translink Kevin Desmond leaving Org. In February 2021. “After nearly five years as CEO, Desmond is stepping down from his role and returning to the US, where he seeks new career challenges.” The Transit Authority will do a global search for the next CEO.

“We have now shifted our focus to appointing a new Chief Executive Officer to take on our next challenges as an organization, which will focus on rebuilding our ridership from the pandemic.”

Coat said Desmond would leave a strong leadership team behind him, and that federal and regional relief would help maintain the transportation system until the epidemic goes away.

“I think it’s unfortunate that Kevin’s time is running out in this area of ​​uncertainty,” Coat said. “But we will work through the pandemic and its effects on public transport. And, hopefully, we will be able to get it next year or at a more robust stage.”

Desmond said last month that half the bus riders had not returned to transport since Translink resumed full service last summer after limiting them in the early days of COVID-19.

The revenue losses from the West Coast Express and Translink projects have been recovered from $ 2 billion to $ 4.5 billion over the next ten years.

Translink Desmond implemented tap-to-pay fare gates during his tenure as CEO, as well as the introduction of the Touchless Faregate system for the disabled along with the 10 minute Seabus service, the new Rapidbus service and the double decker buses.

Desmond in 2019 Refused To publicly discuss the resolution to a transport strike that would disrupt services. Argued The proposed wage increase for bus workers could jeopardize transport expansion plans.

“I know it can be very difficult to see very large salaries, but when you compare it to the private sector, it doesn’t seem that big,” Quote said. “And for this very important role in providing transportation in this area, I think it is very important that we compensate properly and ensure that we get the right caliber candidates in these important leadership positions.”