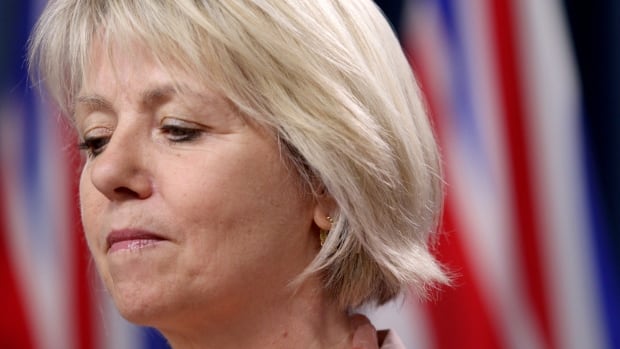 In a written statement, Regional Health Officer Dr Bonnie Henry and BC Deputy Health Minister Stephen Brown said there are currently 2,009 active cases in BC, with 4,637 people self-isolated due to Kovid-19 exposure.

The death toll has not changed at 256. Seventy-five were hospitalized and 24 were in intensive care.

In total, 16 long-term care or support-living facilities and two intensive care facilities have active coverage, according to the Ministry of Health.

Fraser Health said Friday that the outbreak was also at the Dr Al Hogg Pavilion, a long-term care center in White Rock.

A statement issued Friday from the province called on the public to reduce social interactions to limit the spread of the disease.

“In recent days, we have seen many new outbreaks of COVID-19 in the community and in long-term care facilities.”

“Contact-tracing teams across our province are working around the clock to prevent further spread, but we all need to succeed in these endeavors.”

The province, along with Fraser Health, announced two new outlets on Friday, one at the food processing plant and the other at the hot tub manufacturer.

Frazer Health said 10 employees at Pace Processing on 55th Avenue in Surrey tested positive for COVID-19, with the first cases being discovered on October 8.

“We are working with the operator to strengthen their COVID-19 mitigation strategies,” it said of the company.

During this time, 12 employees tested positive for COVID-19 at the construction of Coast Spas at 202 Street in Langley.

While Fraser Health employees were tested at the facility, those identified as cases and close acquaintances were instructed to self-isolate.

The health authority said it learned of the cases on the site on October 13.

About 75% of the province’s active cases are grouped in the Fraser Health area, which is 39% of the BC population.

The region recorded an average positivity test rate of four to five per cent in seven days, compared to a rate of less than two per cent everywhere else.

Dr Victoria Lee, CEO of Fraser Health, said this week that people should adhere to a single six more than those in their home to keep cases low during “pandemic fatigue”.

She said some meetings were being reported to municipalities, which needed the power to “have more conversations” with bylaw authorities to take action aimed at reducing the spread of the epidemic.

On Thursday, when 274 new cases were announced, Henry said new measures could be introduced to curb the transmission of COVID-19 at meetings such as weddings and funerals.

She said conditions could be added on marriage licenses and the province could reduce the province’s current 50-person limit on meetings.

Henry said he was concerned about new cases involving social gatherings that had spread to other areas of society, including offices, schools and health care facilities.

As many as 160 students and staff remained at home as BC health officials spread out Wednesday at Ecole de l’Anse-sable in Kelowana.

As of Thursday, five cases had been confirmed at the school. Both students and staff tested positive.

The Interior Health School closed all classes between pre-kindergarten and grade 3 and ordered students and some staff to self-isolate for 14 days.