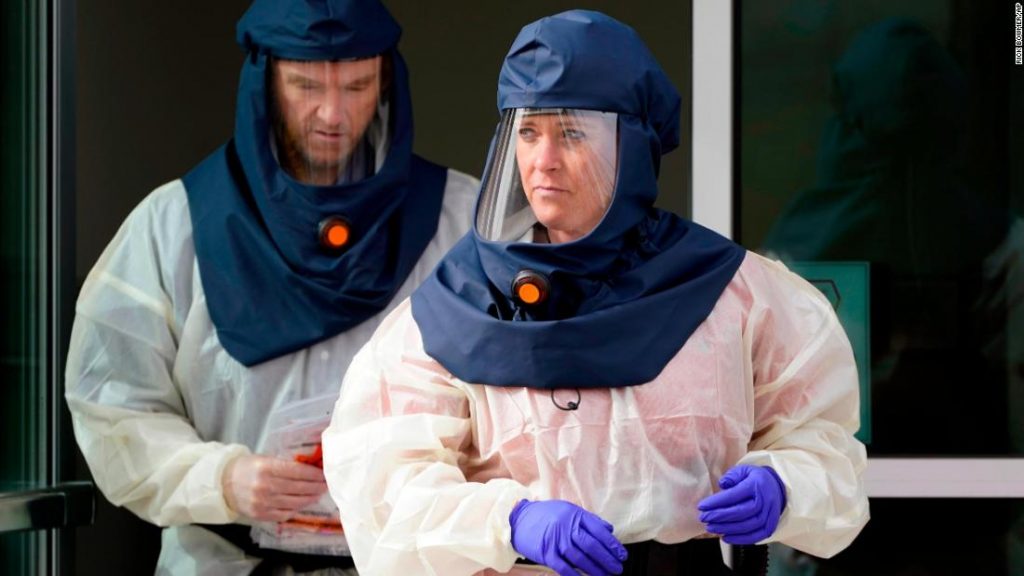 A team of managers representing Utah hospitals presented Governor Gary Herbert with a “list of criteria they proposed that physicians should use when deciding which patients should be in congested intensive care units.” Salt Lake Tribune Reported.

They told Herbert they needed to keep standards if the coronavirus trend continued, Greg Bell, president of the Utah Hospital Association, told the Tribune.

“At the end of the day, some senior person, against some healthy young man, probably can’t get approval,” Bell said.

Over 1,000 new cases have been reported daily in the state over the past 12 days. On Sunday, Utah had a seven-day average for new daily cases, according to data from Johns Hopkins University.

Since the outbreak, more than 104,882 people in Utah have been infected with the coronavirus and at least 572 have died.

Track the virus in your state and across the US

Prior to the official ration of health care, a Utah mother suffering from a heart attack was delayed in receiving appropriate treatment due to the Kovid-19 surge.

Larry Terry needed special equipment in the hospital intensive care unit. But a doctor told the family Not enough resources are available amid the rising Kovid-19 surge.

Eventually, Terry was taken to a hospital with the special care she needed, but her condition worsened.

“Over the past two weeks, we have seen that our health care system is capable,” said state epidemiologist Dr Angela Dunn.

“I don’t know what to do anymore,” she said. “I’m not really trying to scare anyone. I’m just trying to let you know what’s going on and give you the facts.”

Herbert has a wish for the people:

“I hope people take this seriously,” the governor said.

CNN’s Holy Ann and Martin Savidge contributed to the report.