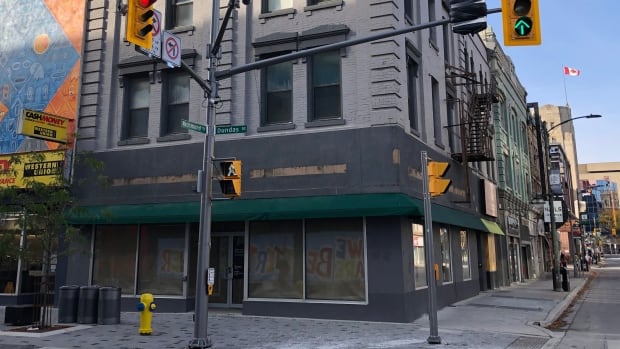 As pedestrian traffic declined due to the epidemic, the coffee chain Stormbucks had its store permanently in downtown London.

The coffee shop at 160 Dundas St. was temporarily closed during the summer. Now, the windows are paper and the mark has been removed from the top of the store entrance.

“We have taken great care to ensure that our partners (employees) have options, including re-employment to other stores where possible,” said Carly Suppa-Clark, a spokeswoman for the company.

According to Suppa-Clark, Starbucks may close more stores in the future, but plans to open new drive-through locations.

“We have begun our rapid store transition to meet our customers better where they are now, which means we will close some stores and open more next year, most of which will be drive-through.”

Store closures on drive-thru Dundas and Richmond streets are the latest in a series of businesses to close during the epidemic. McDonald’s and Rexol also closed their doors after the three corners of the intersection with empty storefronts.

Last month, Circle K, on ​​the corner of Dundas and Wellington streets, home to the Subway restaurant, closed its door and climbed out the windows.