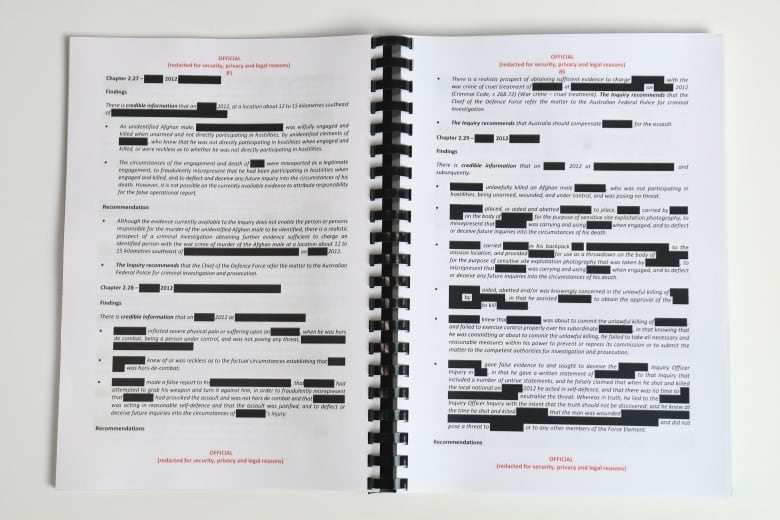 Australian Defense Force Chief General Angus Campbell was accused of shooting dead a prisoner by new patrol members on a shameful record on Thursday. He said soldiers lay down weapons and radios in support of false claims that prisoners were enemies killed in action.

Campbell said illegal killings began in 2009, with a higher percentage in 2012 and 2013. He said some in the Special Air Service had promoted a “self-centered, warrior culture”.

The report recommended that police investigate 19 soldiers, including those killed.

The chief announced the results of a four-year investigation by a judge named Paul Brereton, who was asked to look into the allegations and interviewed more than 400 witnesses and reviewed thousands of pages of documents.

“I sincerely and unintentionally apologize to the people of Afghanistan, on behalf of the Australian Defense Force, for any wrongdoing committed by the Australian soldiers,” Campbell said.

He said he would speak directly to his Afghan military counter to express his remorse.

“The conduct of such accusations seriously undermines the trust placed in us by the Afghan people who have asked us for their country to help us,” Campbell said. “It will destroy the lives of Afghan families and communities and cause untold pain and suffering. And it will endanger our goal and the security of our Afghan and allied partners.”