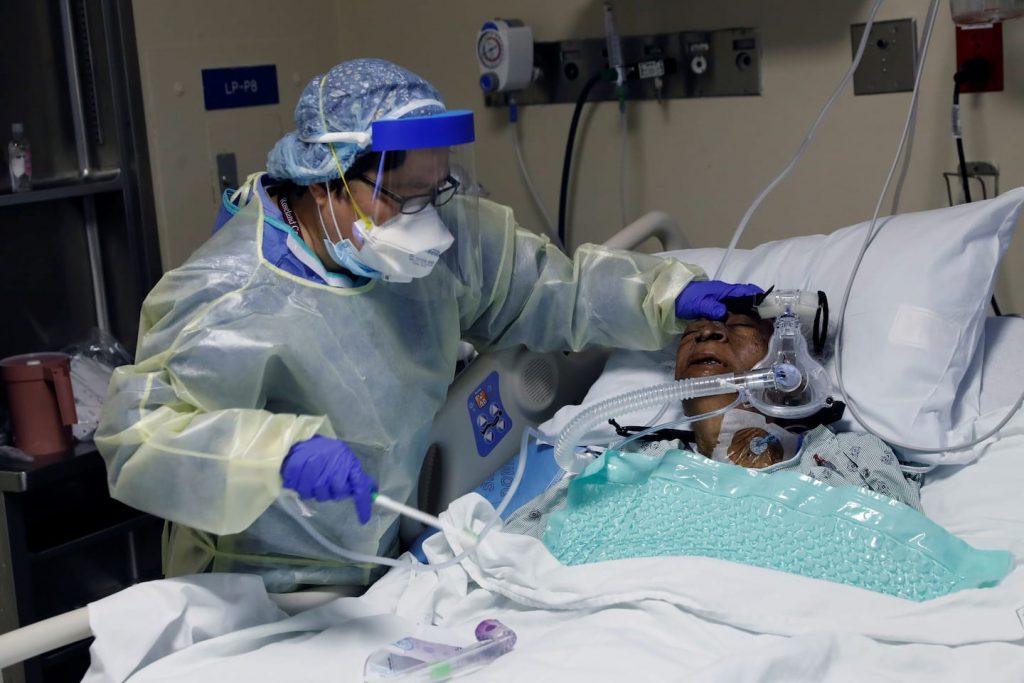 This action reflects the agency’s finding that the two-week quarantine rule is burdensome to many and that public health benefit can be obtained through a much simpler approach by detaining infected people.

The CDC agreed that the new guideline would include a trade-off. The current 14-day recommendation reflects the virus’s incubation capacity before symptoms appear. But a lack of consent – for example, among people who do not want to talk to contact tracers who fear that they or their friends or family members will lose a job or two weeks of income – could undermine the public health benefit from that standard.

“Instead of reducing the burden that will help us better control this epidemic, we accept some risk,” said a senior federal official, who spoke on condition of anonymity to provide context for guidance ahead of the CDC news briefing. In the morning.

CDC officials also announced new guidelines for testing before and after travel: anyone planning a trip should get a test one to three days in advance and be tested again three to five days after return. And the agency reiterated its Thanksgiving recommendation against travel The holiday comes amid an increase in coronavirus infections across the country, which are filling hospitals with Kovid-19 patients and taking an average of more than 1,500 lives every day.

READ  Vaccine: We need to find our Formula 1 quickly!

Cindy Friedman, head of the CDC’s travel branch, said over the Thanksgiving weekend, despite her agency’s recommendations, millions of people traveled and “it could translate into hundreds of thousands of additional infections.”

The 14-day quarantine recommendation from the CDC is in effect, but Walke said the revised guidelines for public health agencies provide two “acceptable alternative detention periods.” If a community has adequate testing resources, the quarantine will end after just seven days if the person has tested negative for the virus at some point in the last two days. The test may be a rapid-response antigen test or a more reliable PCR test that may take longer to process.

Alternatively, if a person monitors potential symptoms such as fever on a daily basis and none at all, detention ends without testing after 10 days. Even if detention is stopped, the exposed person is expected to continue to monitor symptoms and continue to wear the mask for a full 14 days.

The CDC has decided to devise a confinement policy that will capture most infections, but will lead to greater compliance. John Brooks, chief medical officer for the CDC coronavirus response, said anyone calling the local public health department as part of a contact-tracing effort would be more likely to answer the phone.

“If a person wants to be more compliant with less restraint, they are even more willing to share the names of potential contacts,” Brooks told the News briefing.

Brooks said the risk of “residual post-quarantine transmission” was 5 percent and the upper limit was 12 percent for CDC scientists to suspend detention after seven days. Under the new guidelines for those in detention for 10 days, the risk drops to 1 percent, with a 10 percent upper limit.

News of the revised guideline was welcomed on Wednesday by two leading infectious disease experts.

Jennifer Nujo, an epidemiologist at the Johns Hopkins Center for Health Security, also welcomed the amendment to the CDC guideline, saying that many people infected with the virus will focus on the risk of infection. Right now, she says, contact-tracing efforts are thwarted by “deep involuntaries” to detain people.

“The seven- or ten-day quarantine recommendation may be easier for people to bear and may hopefully help us gain more contacts of cases to better initiate efforts to stop the spread of the virus,” Nujo said in an email Wednesday.

Quarantine applies to people who have been infected with the virus but have not been diagnosed with an infection or illness. The goal is to isolate them from the rest of the population to prevent the virus from spreading if they are infected.

What makes this pandemic even more difficult is that 20 to 40 percent of those infected never develop symptoms, and the CDC says the virus has the potential to spread to others.

This is a developing story.