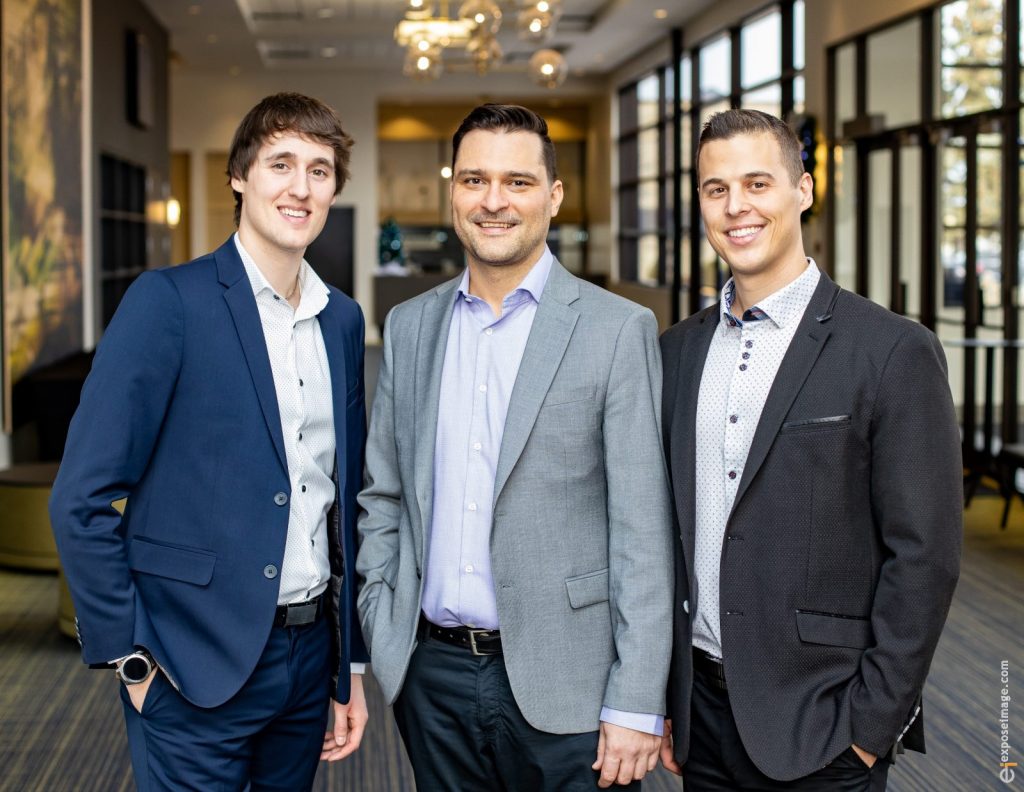 In February, when they reported a large investment of $ 35 million, Ann Gagnon, Jimmy and Danny Angers, young managers of SpyPoint in Victoriaville, said it was just the beginning, only the first. Stage of major investment planning. And they kept their word.

A few months later, they completed the second phase of their strategic plan. Aiming to connect the world, the trio formed a team of five companies under the Techno-X Group (GTX) umbrella. The company was on a roll, having to acquire human capital in one of its subsidiaries.

GTX is particularly active in Artificial Intelligence and the Internet of Things, applying this advanced technology to the hunting and security cameras and cellular connectivity markets. “In these last few years, it has recorded a catastrophic growth that makes a difference, cellular connectivity,” argued Danny Angers, executive vice president of business development.

“Earlier, a hunter retrieved a camera ‘s SD card from the forest to view pictures of deer. Now, with a cell phone, when a deer is passing by and a branch is moving, the camera detects it and the person receives the information directly on his cell phone in real time, ”said Mr. Angers.

Over time, SpyPoint officials discovered that customers used the camera not only for hunting, but also as a security camera to monitor different locations, whether it was a sugar shock, a residence or a construction site. The security camera sector gave birth to the Wosker Company. SpyPoint with trail cameras has been around for 17 years and is experiencing very strong growth and generating tens of millions of dollars in sales. Vosker, which started two years ago with nothing, must overcome Spypoint in two years, ”said Danny Angers.

GTX sees such a demand for hunting and security cameras that it is struggling to deliver. “And that also explains our strong growth, as the cameras sold last year are connected this year,” he said.

In the opinion of its managers, GTX continues to grow because it does not stop at innovation, because it offers better products. “But the difference is that Danny Angers reiterates that the camera is not so much a cellular fact. This is connectivity. We are experiencing great growth, but there are many markets that are not connected. ”The young businessman, in particular, cites mechanical shovels, boats, snowmobiles or, in municipalities, fire hydrants.

GTX can connect them via the Internet of Things. “We developed a platform to connect to anything,” he said. One of the reasons for the company’s success, Mr. Angers argues, is that because of the epidemic, “never before in the history of mankind have people approached their subjects remotely and wanted to go out as little as possible.” The three young leaders are thinking big, wanting to create a Quebec technology giant to “connect the world and make acquisitions” and drive turnover in the billions of dollars. “So we’ve created a large GTX group that oversees our companies. Over the years, we’ve been able to conclude deals in 145 countries, deals with suppliers, major players like Bell, Rogers, Telus and AT&T,” said Danny Angers.

At the top of the pyramid, GTX shares its human resources, information exchange and accounting services with its SpyPoint, Vosker, IoT (Internet of Things) and Xenox companies. GTX executives will no doubt rely on employees to develop the company, especially referred to as the “Technical Titans”. “It’s the employees who drive the group forward,” Danny Angers said.

Since an important key to the success of the invention, GTX has its own laboratory called the Krakenlab, the name of which was inspired by a mythical monster who possessed many empires. “Our Titans, our techno employees, identify themselves in this. Kraken is developing all the technology,” he explained. “Despite strong growth, the company has hit the wall in one aspect: customer service.” We’re not ready. We have tens of thousands of calls a day. And we receive emails, ”the young entrepreneur argued.

This led to the creation of the Geniox Entity, to supply on demand and to respond well to customers. However, leaders are well aware that there will never be enough men to respond. Hence combining it with artificial intelligence, which reduces the number of appointments.

But GTX still had to increase its staff. After a more or less successful trial with an outsourcing service in LongUil, GTX has agreed to launch its own customer service center, Xenox. “They have 1,000 employees and since they are going with COVID to lay off some of them, they have made a proposal to buy human capital. We have recruited 90 trained people to be geniuses, hard working people. They will be our employees with all the benefits and salary increase,” he said. This first acquisition of human capital brings the total number of GTX employees to 345.

With the wind blowing in sales, GTX is anticipating the chances of earning businesses. “In this sense, we are looking to find funding. We raise our hands to help the Quebec government. We want to be the next Bombardier, a big company that will create tens of thousands of jobs, ”argued Danny Angers.

“We know how to do it. There is a recipe that we can apply 1000 times. We have so many connected elements in the United States that we can spot a deer on Earth. At a construction site, you can tell if a worker is wearing his or her helmet. There are so many applications. Every place we collect data, we see gold mines. The more we collect, the more services we can provide. The constant connection of data is the tangle of this, ”explains Danny Angers. GTX already collects a billion data points a year, comparing it to an American tech giant. Planned acquisitions allow data to be accumulated. “In five years, we’re going to grow to 500 billion data points a year. In 5 to 10 years, we hope we have enough eyes in the United States to feel the flutter of a butterfly in Florida and to say that a tornado will form in Seattle. », He film.

To move forward, “to fight on an equal footing”, says Danny Angers, GTX is asking the government and other partners to become million dollars. “Those fighting in China have received millions from their government. The Chinese government has also approached us to buy us the whole thing. That means they will see the full potential of the GTX. But we do not want to sell. We know we have big holdings.”
American investors are also showing great interest in the Victoriaville business. “But we want it to be Quebecois, which is something to be proud of,” Danny Angers argued. We are from Victoriaville and we are on the world stage. We started from nothing. To this day, we have always used our own funds to move forward. With an investment of between $ 80 million and $ 100 million, GTX will allow you to double your turnover in 1 year, and multiply 10 in 5 years to reach the billion mark.

“We need people to hear our story. We are looking for the right partners, those with the long-term vision, ”said Danny Angers. Like MP Eric Lefebvre, the GTX knocked on doors. During the interview, the leaders expected to meet with Finance and Innovation Minister Pierre FitzGibbon.

For the GTX, there is no risk. “If they invest they will lose nothing. We are already making money. If we look at long-term investments, it pays 10 times as much. We, with our own money, decided to invest 7 million this year and another 7 million next year. In addition to the negotiations we are doing for someone else in Quebec, we are working on acquisitions in the United States. Not to mention that we have identified 180 potential goals to be achieved in five years. We will invest, but at some point (against others) we need help and, we want, Quebec investors, ”he concluded.