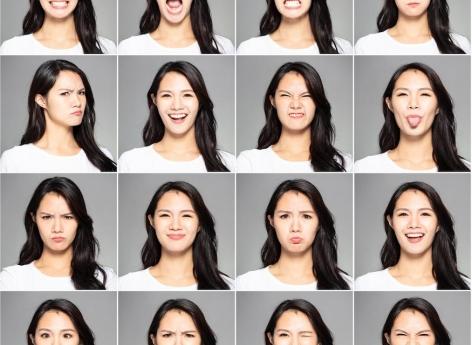 No matter where we come from, no matter what our social and economic status, humans share 70% of facial expressions. Laughing, angry, terrified, all human beings use variations of the same facial expressions in such social contexts. This is the conclusion of a study conducted by American researchers at the University of Berkeley and presented in the December 16 issue of the journal Nature.

This study confirms the universality of human emotional expression across geographical and cultural boundaries. “This study shows how wonderful it is to have such people in different corners of the world expressing our emotions in the context of the most meaningful moments in our lives.Said Datcher Keltner, co-lead author of the study and professor of psychology at the University of Berkeley.

In collaboration with Google, the researchers “Deep neural networkTo analyze facial expressions in nearly 6 million video clips uploaded on YouTube by people in 144 countries. “It is the world’s first analysis of how facial expressions are used in everyday life, and shows that universal human emotional expressions are far richer and more complex than most scientists previously thought.Alan Cowen, UC Berkeley and Google researcher who contributed to the development of the deep neural network algorithm, said the lead author of the study.

“We have found that great subtle skills in facial behavior – including subtle expressions that we associate with fear, pain, success and 13 other emotions – are being used in similar social situations around the world.”, Alan Cowen observed. Second, for example, in video clips people look in awe during fireworks, settle for weddings, focus while performing martial arts, from skepticism during performances, from pain when lifting weights, and from success at rock concerts and competitive sports events.

A study that confirms Darwin’s theory

Results have shown that 70% of people of different cultures share facial expressions that are used in response to different social and emotional conditions. “This confirms Darwin’s theory that the expression of emotion on our faces is universal in humans., Concluded Datcher Keltner. The physical exposure of our emotions can define who we are as a race, improve our communication and cooperative skills and ensure our survival.. ”