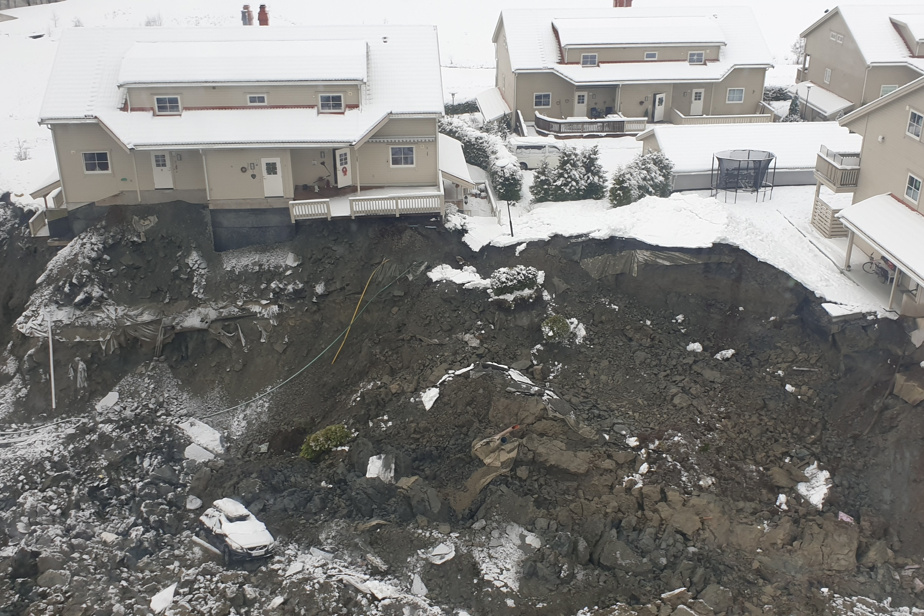 (Oslo) Norwegian authorities announced Friday that a man had died two days after a landslide broke in an area north of Oslo and continued their relief efforts to find nine people missing.

With the support of Swedish rescuers, emergency services searched homes on Friday after landslides broke out, which began on December 30 and are not yet available.

“At 2:30 p.m., a dead man was found in the landslide,” police said in a brief statement, which did not specify the victim’s age or identity.

The search stopped overnight at the location where the body was found.

“We have ground personnel in the central area where the landslides break, but we can’t handle it when it’s dark,” police officer Roger Peterson told a news conference.

Supportive action continues, however, especially with air resources. Until 3 a.m. Monday, it was forbidden to fly equipment at the site of the landslide break.

According to local media, a medical helicopter and ambulances were on site.

“We were still able to find the area where the landslides broke. Now the fact that an invention has been made tells us that we are in a place where people are,” the health operations manager explained on Television TV2.

One thousand people were evacuated from their homes on Wednesday after a landslide broke out in the municipality of Gerdrum, a town of 5,000 residents northeast of the Norwegian capital. The evacuation zone expanded the next day as the terrain became unstable.

About ten houses, 31 dwellings collapsed and some houses moved more than 400 meters.

The Norwegian Water and Energy Authority (NVE) estimates landslides can reach up to 800 at 350 meters.

Video footage shows a collapsed hillside, houses crushed and buried in dark clay mud, with a few more pieces in half.

Ten people were injured, one of whom was seriously injured and transferred to Oslo.

Prime Minister Erna Solberg, who visited the scene, stressed that the landslide was “the biggest” known to his country.