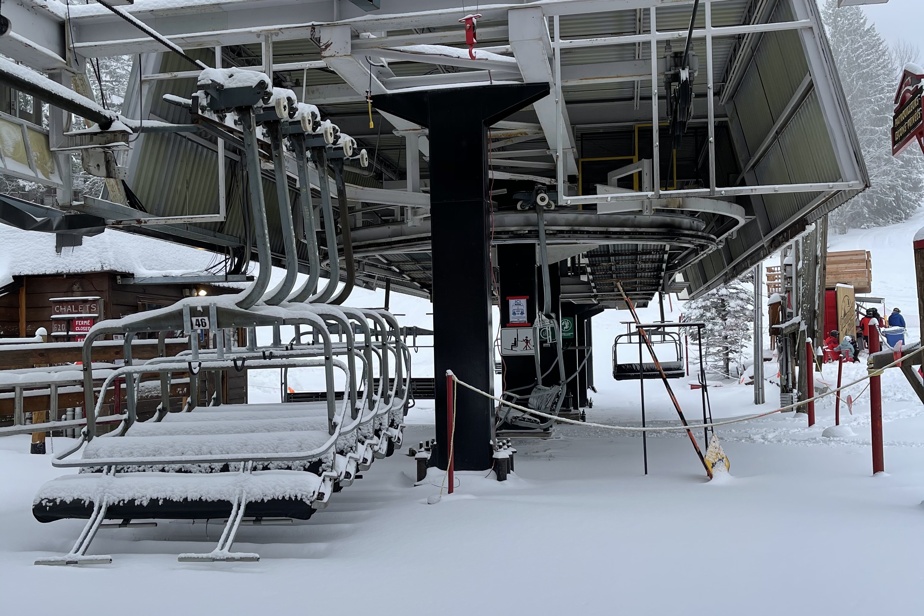 A chair from an IV Westmont Sutton chair lift came into contact with a snowy branch early Saturday morning.

Jean-Michel Ryan, president and CEO of the Mont Sutton Ski Resort, explained that “the chair may be hanging on the way back and by an icy branch.” There were no injuries.

The chair swung as it sank, hitting the chairlift tower. The mechanism came loose as a result of the chair impact, so as not to break the entire lift, as previously thought.

Checks were made with the mechanics and the elevator returned to work after an hour stop.

According to Mr. Ryan, no such incident took place on the Ascent. “Everything on the climb is clear and the weight of the skiers prevents this guy from moving away,” he said.

Chairlift II chairs have also been turned off since the start of the season. “We had to repeat some part of the troubled engine. We have to pick up the engine next week, ”Ryan said.

Ryan said the lifts are regularly inspected against national standards. Despite the inspections, “a lift may break during the season, which is not uncommon,” he said.