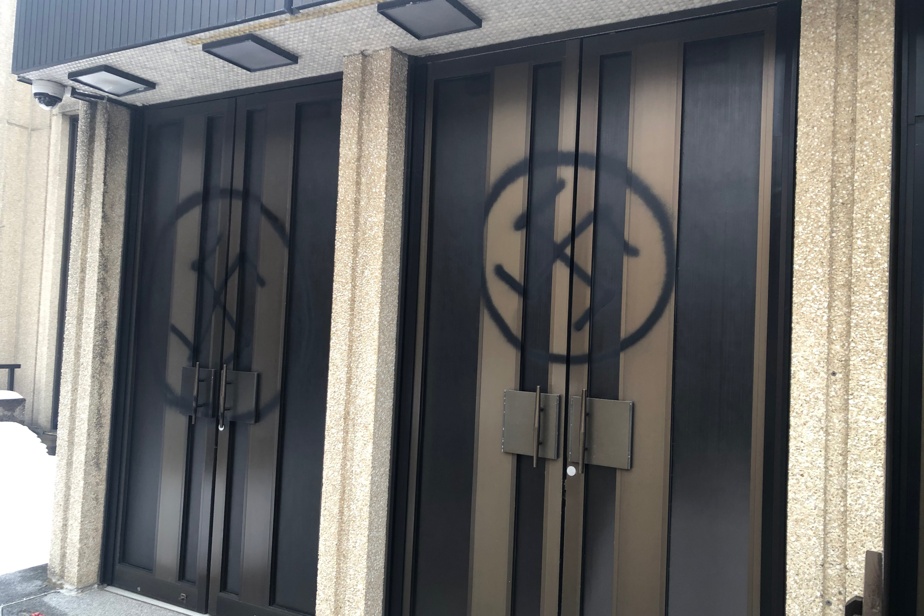 A 28-year-old man was charged on Thursday with threatening to burn down a major Montreal synagogue targeting anti-Semitic graffiti on Wednesday.

Adam Riga, 28, of Montreal, appeared briefly via video conference on Thursday. He will now have to undergo a psychological assessment to find out if he is fit to push the charges and he will appear in court on Friday.

Mr. Riga was arrested shortly after spray-painted swastikas were found on the doors of the Shar Hashomime Synagogue in Westmount.

Rabbi Adam Skier wrote a letter to members of his community saying security guards had controlled the man before police arrested him around 2 a.m. Wednesday. According to the Jewish temple management, the accused also had a gas can with him at the time of his arrest.

According to the court document, Mr. Riga faces two counts: possession of incendiary substances – a lighter and a can of gasoline – and threats to burn down the chapel.

The incident provoked widespread outrage on Twitter, including Prime Minister Justin Trudeau, who condemned the “absolutely deadly act”. “We must speak out against anti-Semitic hatred anywhere, anytime,” he wrote Wednesday evening.

Montreal Federal Deputy Mark Mark Miller also condemned “this act which has no place in this country.”

“Shame on Hashomaim desecration with the most vicious and deadly symbol of evil and hatred!”, He wrote Wednesday afternoon.