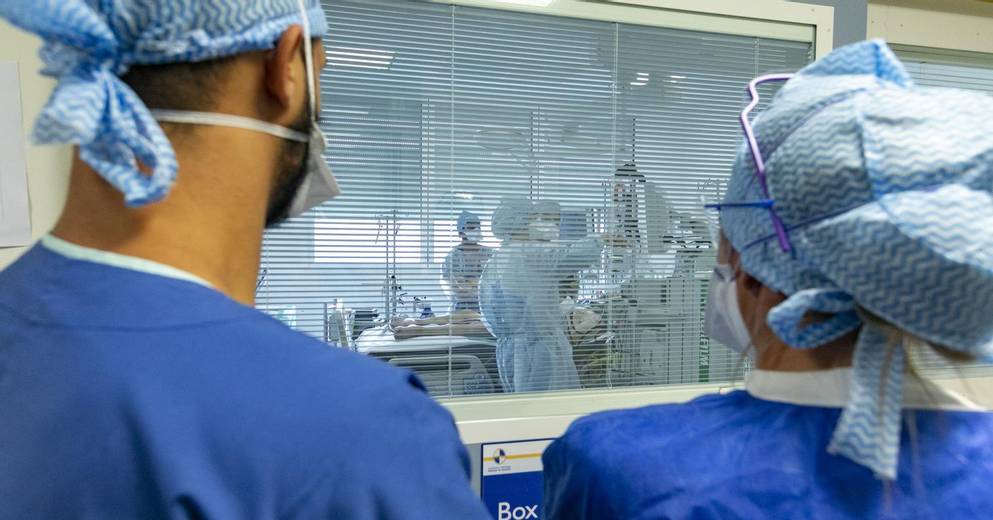 The number of patients admitted to the hospital for Kovid-19 increased to 27,000 on Tuesday, including 2,000 patients who arrived in the last 24 hours, while the number of those in intensive care remained stable compared to the previous day. Data from Public Health France.

Hospitals had 27,005 patients with Kovid-19 and 2,006 who arrived within 24 hours. The day before, hospitals had placed 26,888 Kovid patients (so some had been discharged from the hospital the day before).

Of the intensive care units receiving the most severe cases, 3,071 were patients (including 343 admitted in the last 24 hours). Shivs‌ had 3,031 patients on Monday and 2,829 patients a week ago.

This number, especially an index monitored by the authorities, indicates a strain on hospital services, which fell to less than 3,000 on December 10, but the second wave of the outbreak occurred six weeks before the population had recovered.

Public Health France announced 352 additional deaths at the hospital in the last 24 hours, bringing the death toll from the infection to 74,106 (including 51,863 at the hospital).

After a typical post-weekend fall, the number of contaminants increased, with 22,086 new cases confirmed since Monday.

Faced with these figures provoking concern among experts, there is concern about the spread of French territory, British and South Africa, in particular, the more epidemic, the government is still giving time to observe the curfew results. 6:00 pm, before deciding on a new detention.

Finally, since the campaign began in late December, nearly 1.2 million people (1,184,510 exactly) have received the first dose of the vaccine, according to figures released Tuesday evening by the Directorate General of Health.