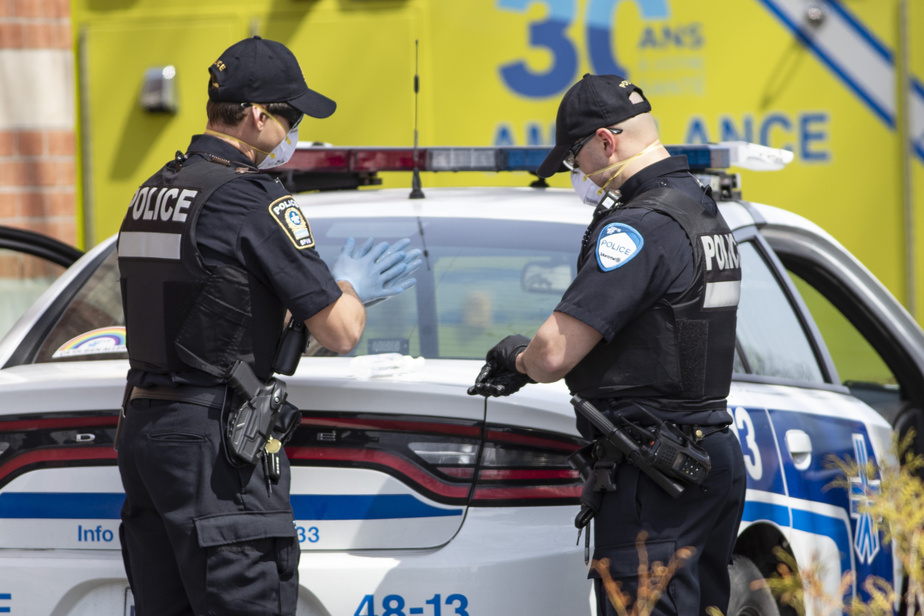 In order to combat racial profiling and prevent discrimination that could lead to an unequal number of arrests in certain communities, the Service de Police de la Ville de Montreal (SPVM) must have a “zero tolerance” policy towards any discriminatory action or profiling. Its agents.

The City of Montreal Public Security Commission recommended in a report released Friday morning. The 25 recommendations of the report were approved at the commission meeting on Friday afternoon.

Montreal police officers must regularly fill out an “arrest form” every time a citizen is stopped and disclose the details of these arrests, including members of the commission.

The SPVM called for the inclusion of arrests in its policy in relation to the Highway Safety Code and other features that could lead to discrimination – particularly social status, gender, ethnic origin and religion.

Another recommendation is to explicitly state in the SPVM its policy that “any discriminatory or profiling behavior is subject to the principle of zero tolerance and is subject to disciplinary or administrative procedure leading to a grant”.

Sylvain Caron, SPVM Director, unveiled her policy on arrests in July 2020, the first of its kind for the Quebec Police Force, to prevent discrimination. Under the current policy, trial cards are optional and penalties are not explicitly stated.

In addition, since this policy falls within the jurisdiction of the Highway Safety Code, it applies only to stops for pedestrians and does not apply to motorists. But the commission is asking the Quebec government to take action so that arrests on the road are subject to the same regulations.

The approach proposed by the SPVM follows a report by independent investigators in 2019 that found that “systemic bias” exists among Montreal police officers, which means that aboriginals and blacks are four times more likely to be arrested than whites.

The recommendations of the Public Safety Commission will follow from public consultations held last fall aimed at “improving” the SPVM policy.

“Our recommendations are particularly to broaden the scope of the policy to cover traffic disruptions, further limit the conditions under which arrests can be made and further tighten controls on the unilateral enforcement of police authority by making people better aware of their rights,” he said. Councilor Alex Norris, Chairman of the Committee.

Once approved by the Commission, these recommendations will be submitted to the Executive Committee of the City of Montreal, which has six months to file its response.

“We are going to take note of the recommendations and the Executive Committee intends to give an official response as soon as possible so that the SPVM policy on police stops can be improved as soon as possible. This policy, which is the first of its kind in Quebec, is being developed and we are open to dialogue with the public and the SPVM to improve it,” the Executive Committee said. Stressed the bearer.

“We want to work with the SPVM on the implementation of these recommendations, taking into account the realities of police officers and the impact of their work in this area. We are aware of the complexity of their work, especially during the epidemic.”

In the preface to its report, the Public Security Commission noted that the number of arrests, particularly by the SPVM, has increased over time, that the number of criminal incidents has remained stable, and that there are significant disparities. Regarding the “perceived race” of the arrested people.

“These issues undermine the confidence of members of the public in its police service and its ability to carry out its work effectively,” she lamented.

According to the social organizations involved in the public consultation, the commission report is a step in the right direction. But they say it is absolutely necessary to expand the anti-discrimination policy to question citizens on the road.

“We still have questions about the problems you faced when you were a black man behind the wheel (‘black while driving’),” said Sharon Nelson, first vice president of the Jamaican Association of Montreal.

“Blacks are arrested on the pretext of violating the Highway Safety Code, but according to the Human Rights Commission, it’s only because they have a good car and the driver is black,” laments Marvin Rotrand, an independent councilor for Snowden County.

Towards the ensemble Montreal Party, which forms the opposition to City Hall, we are satisfied with the recommendations.

“Now, the SPVM must agree to apply these recommendations,” said Abdelhawk Saree, the official opposition spokesman for public safety and vice chairman of the Public Safety Commission. “I hope SPVM agrees to these minimum standards to end resistance and non – discriminatory arrest practices that increase systemic racism.”