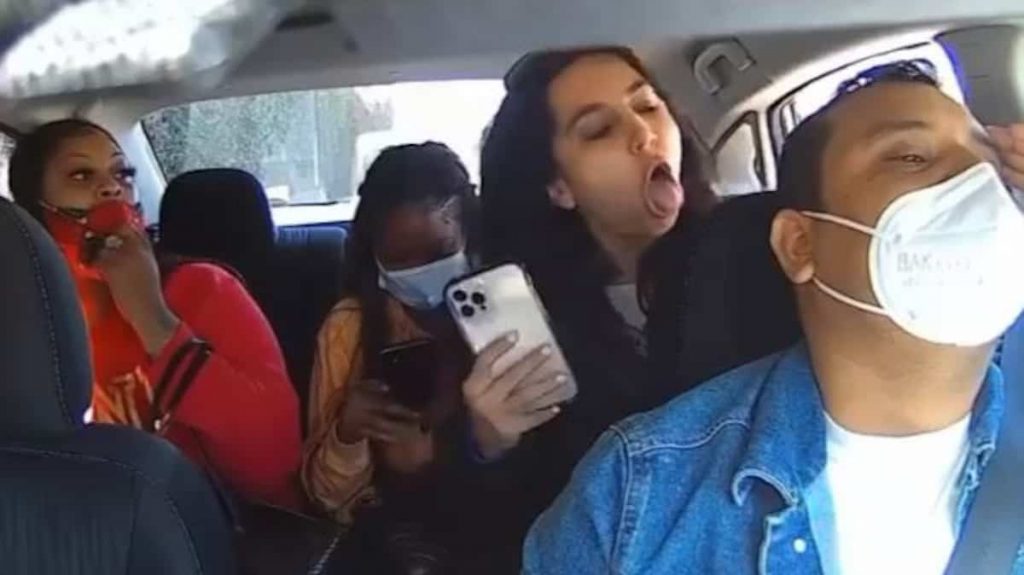 Three passengers were blown up when one of them asked them to wear a mask inside the vehicle, and one of them slammed into a San Francisco Uber driver.

A video posted on ABC7 Journalist Instagram of a video captured by a camera installed inside the car went viral on social networks.

On top of that, we see a passenger sitting in the back seat and sitting behind the driver. Moments later, the woman took off her mask and shouted “F *** mask” before coughing in the driver’s direction.

“He asked a woman to wear a mask and they started provoking him and racially abusing him,” journalist Dion Lim wrote in his publication.

The woman grabs the man’s cell phone and crashes into the car.

The other two women – one wearing a mask and the other lowering his chin – were heard mocking the driver as the incident unfolded.

Subhakar, originally from Nepal, has been riding Uber for three years in a city in Northern California.

According to the facts reported by Ms Lim, the altercation escalated when the driver asked her to get out of the car. They refused to do so, she said.

Eventually the three women got out of the vehicle. Subhakar, however, said the incident was not an isolated case. Complained to the police.

The journalist also points out that an Uber spokeswoman told her in writing that “the behavior observed in the video was horrific” and that “the passenger was banned from Uber”.