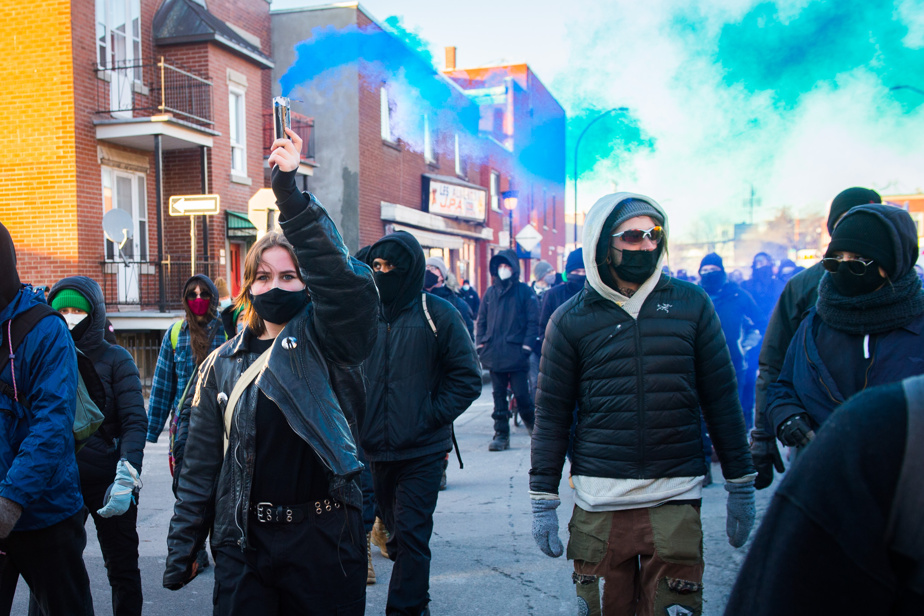 Jitouni Hudge, a spokesman for the Action Justice Movement, which has been participating in the demonstration for 15 years, said, “This is a police waiver.” If a citizen makes a mistake, he must pay for his actions; The same should be true for the police who make a mistake. ”

The group opposing police brutality has called for a population demonstration every March 15 for the past few years. At 5:45 p.m., a few hundred participants from the Park Metro Station walked the streets of the Park-Extension and Villere districts. The protest against police brutality ended at the metro station almost an hour later.

The impressive police presence re-assembled. In some cases, fireworks and colorful smoke grenades were thrown. The SPVM identified two misdemeanors and made no arrests. “The performance was relatively good,” said SPVM spokeswoman Julian Lowesque.

Many Protestants have called for police reform. In particular, they want to reduce police funding for the benefit of organizations that provide community assistance. “We don’t need more police; Instead, we need to invest in services that help people in the community, “said John Nathaniel Gertor, who posted a sign saying,

This is also the view of Rally Jamali, who is a little ahead of the crowd. “Instead of investing in the community sector, we are funding the SPVM to come to the aid of highly vulnerable sectors such as health and education. We do not need police officers, we need social workers, nurses and street workers,” he said.