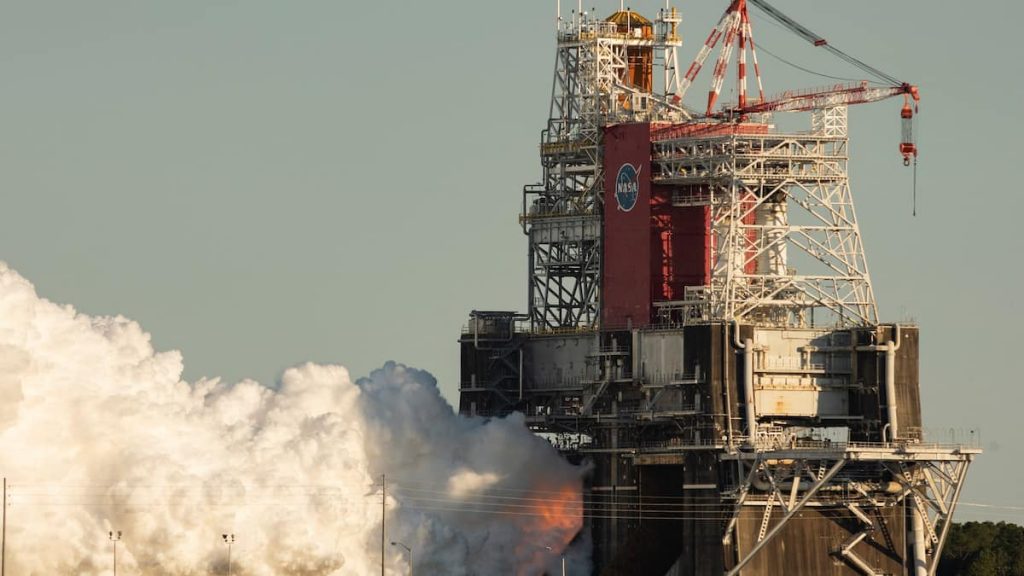 NASA is scheduled to test its new giant SLS rocket on Thursday, which will one day take astronauts to the moon, with the previous test reduced to January.

Also read: Where did the Mars water go?

Also read: The largest asteroid to graze the Earth in 2021 will pass next week

In this “hot fire” test of the main stage of the rocket, four RS-25 engines were ignited for eight minutes and the tanks were filled with 2.6 million liters of fuel, to simulate the launch phase.

The test takes place at the Stennis Test Center in Mississippi (South). A two-hour window made it possible to achieve this, from 19:00 GMT.

In a similar test at the end of January, the engines shut down much earlier than expected, just one minute after ignition.

Following the incident, the U.S. space agency announced that “major repairs” were not needed.

The SLS (Space Launch System) heavy rocket is already several years behind schedule. It is a powerful launcher intended to carry the Orion spacecraft back to the moon in the American program Artemis.

If the test is successful, the rocket will be transported to the Kennedy Space Center in Florida.

The first schedule, Artemis 1, is scheduled for later this year, with the Orion capsule on top of it, without an astronaut on board.

Artemis 2 will send astronauts around the moon in 2023, but they will not land.

Finally Artemis 3 will send two astronauts to the moon in 2024, including the first woman in theory.

READ  Are We Going To See An Entire Generation Wiped Out By Wild Trading?

In its configuration for Artemis 1, the SLS rocket is larger than the Statue of Liberty and more powerful than the famous Saturn V that carried American astronauts to the moon in the last century.

Space company SpaceX is also developing a massive launcher called Starship to reach the moon and Mars. The final tests of this rocket ended with impressive explosions. A new test of the starship prototype may take place in the coming days.