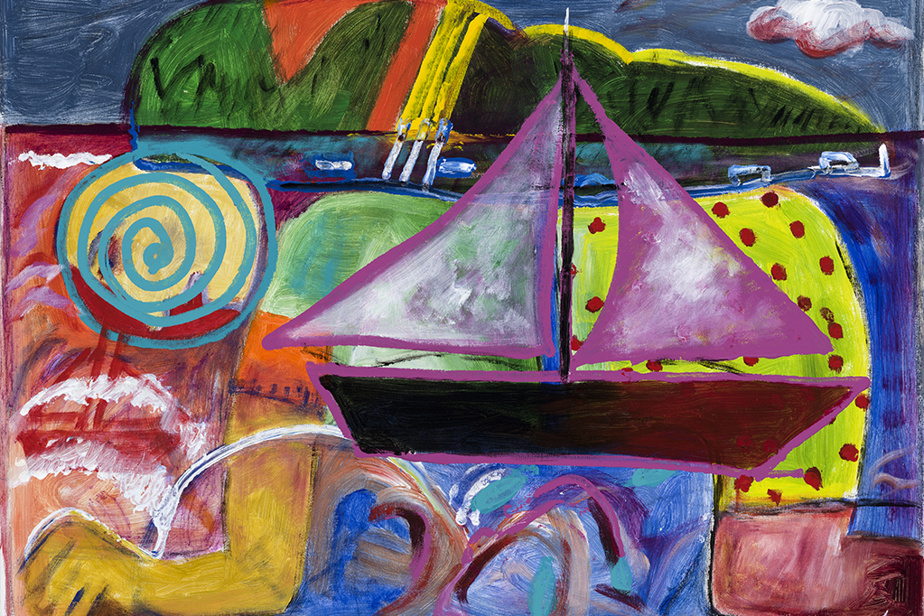 Quebec painter Kitty Bruno, who kept Gaspe, the sea and birds at heart for his work, died Thursday at the age of 91, gallery owner Eric Devlin said.

Kitty Bruno was born in 1929 in Montreal. After attending the Montreal School of Fine Arts in the 1940s, she spent eight years in Paris, where she was spotted by Cobra Group artists. On his return home, his work caught the attention of settled critics, including Rodolf de Repentigni Tap In 1959 his “perfect style, full of graphic elements”.

The painter settled in Gaspace in 1961 and was permanently inspired there. “Colorful, cheerful, sometimes bizarre painting, but deceptive and innocent and full of poetry becomes his trademark,” Eric Devlin wrote in a text message to the media announcing the news of his death.

In the 1960s, Mr Devlin adds that his work was “a crude expression of freedom, completely contrary to the modernist formalism that ruled the art world at the time.”

Kitty Bruno has also lived and worked in Guatemala, Peru, Mexico, Europe and Asia. In the 1980s, she painted with Stony First Nation artists in Alberta. However, each summer, she returned to Gaspe, where she continued her work until recently. In 2019, the Le Chafod Museum in Perco also underlined the 90sE Anniversary of the artist with a rethinking of his works.