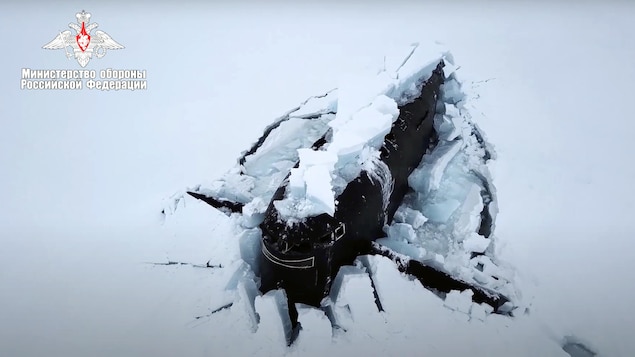 According to Philip Steinberg, a professor of political geography at the University of Durham in the United Kingdom, Russia has expanded its original claim to about 705,000 square kilometers.

This request worries Robert Hubert, an expert on security issues in the North. He said if approved by the United Nations, Russia would be closer to Canada’s special economic zone, about 200 nautical miles from its coast.

According to a professor at the University of Calgary, Russia’s demand is unprecedented in Canada and Denmark.

We have never seen a country spread like this over its neighbors. Here is the situation where the Canadian and Danish continental shelf were mentioned by the Russians as part of their continental shelf.

This is the maximum demand. She can’t claim much, Center for Military and Strategic Studies underlines the expert.

The request of the United Nations should be studied. If they approve it, Russia will have exclusive rights to some part of the Arctic Ocean, both seabed and underground.

Ottawa is studying the Russian request

The Federal Foreign Office said Canada was fully committed to exercising its sovereign rights in the Arctic. He is studying the Russian request to prepare a response.

Countries can submit scientific evidence to the UN on the soil and ground control of an extended continental shelf.

Professor Hubert referred to the increased Russian military presence on the Ukrainian border over the past two weeks.

If the Russians resurrect the conflict with Ukraine, it will resonate in the Arctic. I do not think anyone would think that Russia would do anything but pursue its foreign policy interests as much as possible.

Whitney Lockenbauer, a professor at Trent University, did not share her colleague’s opinion.

READ  Proof of a new standard vaccine for Canadian travelers

Russia will play according to the rules […]. Going through the process she set up in this particular case is very comforting to me., He stressed.

According to him, the Russian request precedes talks between Moscow, Ottawa and Copenhagen to determine the limits of their continental shelves.

The desire to negotiate external limits is always on the cards. I am not concerned about the actions that Russia is trying to take to determine the external limits of its expanded continental shelf.

Since Russia has submitted the necessary scientific evidence, he is not even concerned about a potential conflict.

You cannot settle on the continental shelf and gain invader rights.

A spokesman for Global Affairs Canada said in a statement Is firmly committed to the full exercise of its sovereign rights in the Arctic, In accordance with international law.

New Russian claims, he said Do not give them new rights to newly created overlap areas.