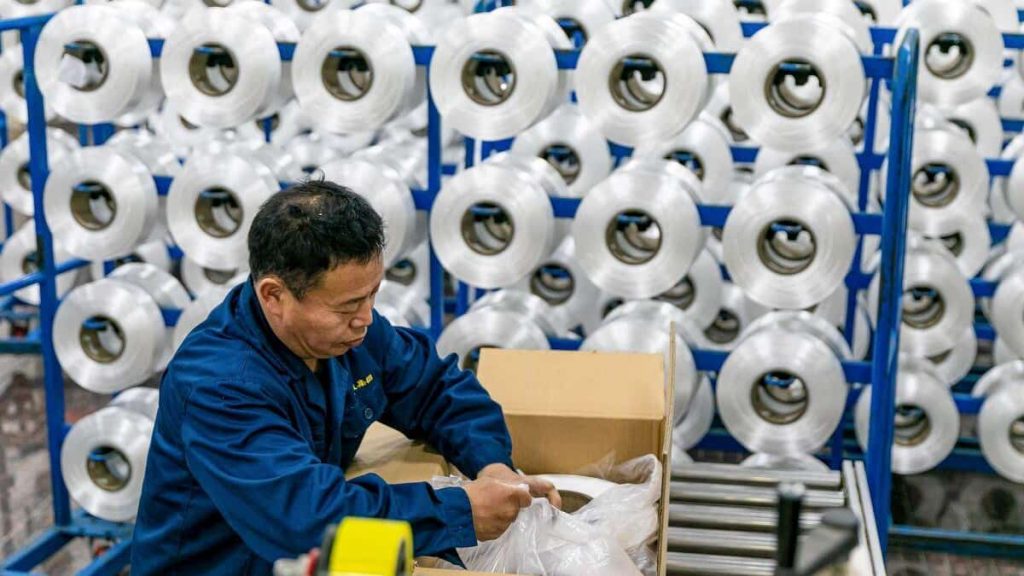 China announced on Friday that there was a record growth in economic growth in the first quarter (+ 18.3% in a year), due to less evidence compared to when operations froze in early 2020.

While this sharp acceleration in China’s gross domestic product (GDP) was widely felt, a team of analysts polled by the AFP forecast even higher growth (18.7%).

This is the fastest growth rate since China’s quarterly GDP releases began in 1992.

“Overall, the recovery continued in the first quarter,” Liu Aihua, a spokesman for the National Bureau of Statistics, told reporters.

But Ms Liu warned that “the foundations of recovery need to be consolidated,” especially referring to the ongoing “uncertainties” in the world at the epidemic level.

HSBC Bank analyst Q Hongbin warned that financial data for the first quarter was “difficult to understand” as a result of an “unprecedented” lower basis compared to last year.

At the same time last year, China’s GDP collapsed by 6.8% in the first quarter – the worst economic performance in 44 years.

The gradual improvement in health conditions in the spring of 2020 allowed China’s GDP to recover and return to pre – epidemic levels by the end of last year.

China as a whole has been able to record positive growth over 2020 (+ 2.3%), while other global economies have been in deep recession.

Although questionable, China’s official GDP figure is still under consideration depending on the country’s weight in the global economy.

China’s industrial output rose 14.1% in March and 35.1% in January and February, the only data available.

Retail sales, a major indicator of consumption, saw their share grow 34.2% year-on-year in March and 33.8% in January-February.

The unemployment rate – calculated for urban dwellers only – was at an all-time high of 6.2% in February 2020 at the height of the epidemic followed by 5.3% in March.

Now recovering from the epidemic shock, Beijing has set a growth target of at least 6% this year – far more modest than most economists expect.

The International Monetary Fund (IMF) expects the GDP growth of the Second World Economy to be 8.4%.