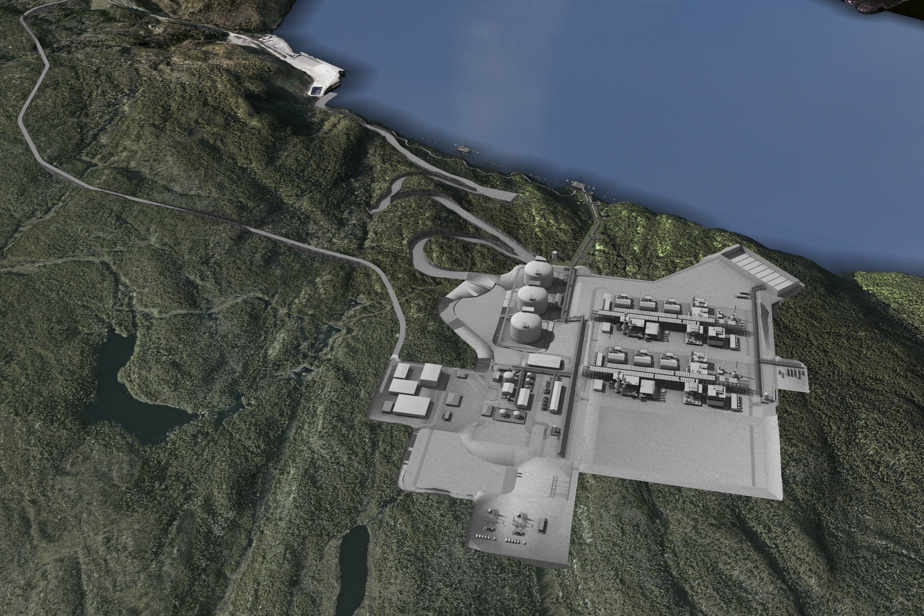 Councils of the First Nations of Mastuitsch in Lock-Saint-Jean and Essipit and Pesamit on the north coast announced their location on Wednesday afternoon.

However, First Nations has already entered into a cooperation agreement with GNL Quebec, which provides for “commitment to consultation on behalf of the promoter based on ancestral rights, ancestral title and first country interests”.

But in a message posted via Facebook, Inu officials argued that a public hearings on the environment (BOP) report on the project confirmed their fears.

The comprehensive report, released in March, found that the risks of the $ 10 billion project outweighed its benefits.

Yet according to councils the problems surrounding marine mammals and the actual energy transition are “full of uncertainty”.

Inu representatives attest that their concerns are being raised, especially by Fjord and Beluga, who cultivate an integral part of the cultural heritage, the project’s contribution and ‘social acceptability’ in reducing greenhouse gases in the context of climate change.

In addition, the three other councils recalled an outcome of the BAPE, according to which there was no way to ensure that the liquefied natural gas produced could serve as an alternative to more polluted fuels in the target export markets.

“This opinion initially came to destroy the only thing that provoked a positive perception of the project, i.e. to tell an alternative illustration”, one might read.

Finally, the intended location of the industrial complex, the Port Cultivation Site, is “in the territory where the First Nations still have ancestral rights and ancestral title”.

“This project is detrimental to future generations and will clearly contrast with the global and social challenges of the coming decades along with a healthy vision for the future,” they concluded.

Following a report from BAPE, the government sent a series of questions to the project promoter.

Questions sent to the promoter should be disclosed within a few weeks. The answers provided will also be disclosed.

By the end of the summer, the government will decide whether or not to authorize the project.

When the BAPE report appeared, Environment Minister Benoit Charette pointed out that the company had failed to meet three conditions defined by the government: Failing to prove that public opinion was in favor, the project would help reduce greenhouse gas (GHG) emissions in the world and accelerate the transition to energy.

BAPE’s consultation did not record such a strong partnership: 2,500 abbreviations were submitted and 91% of them were against.

Throughout the project cycle, from gas extraction to liquefaction in cultivation, the project emits approximately 7.8 million tons of CO2 Per year.