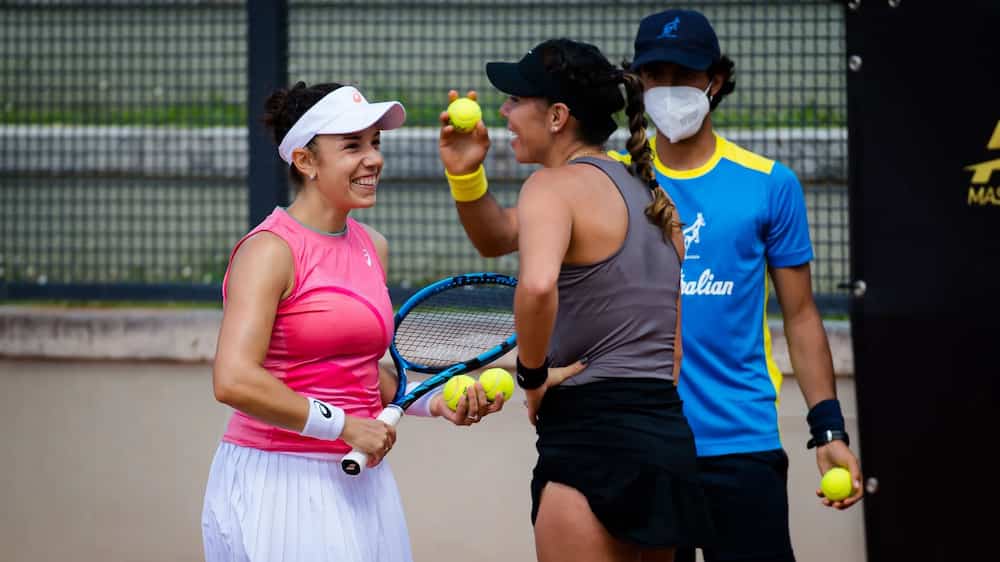 Sharon Fitchman of Canada won the fourth title of her doubles career on Sunday, winning the tennis tournament in Rome with Giuliana Olmos of Mexico.

The two players saved two match points in the second set, defeating Czech Marquette Vondrosova and Frenchwoman Cristina Mladenovic 4-6, 7-5, 10-5 in the final. Fitchman, who was ranked 50th in the world before the start of the competition, won his last title last year in Monterrey with Ukrainian Katerina Bondarenko.

“I have no words to describe what this means. I am so grateful and proud of myself, my partner and my fianc. He was with us all week. I am very proud to be a team, Fitchman said in a statement from Tennis Canada. Also, it was a lot of fun playing in front of an audience. We are not able to get that support very often. They are awesome. They gave us the energy we needed and motivated us when we weren’t at our best. ”

Earlier, the champions defeated favorites Elise Mertens and Su-Wee Hsih, surprising fourth-seeded Ena Shibahara and Shuko Ioma of Japan in the semifinals. After Ashley Barty and Jennifer Brady withdrew, they secured a place in the main draw.