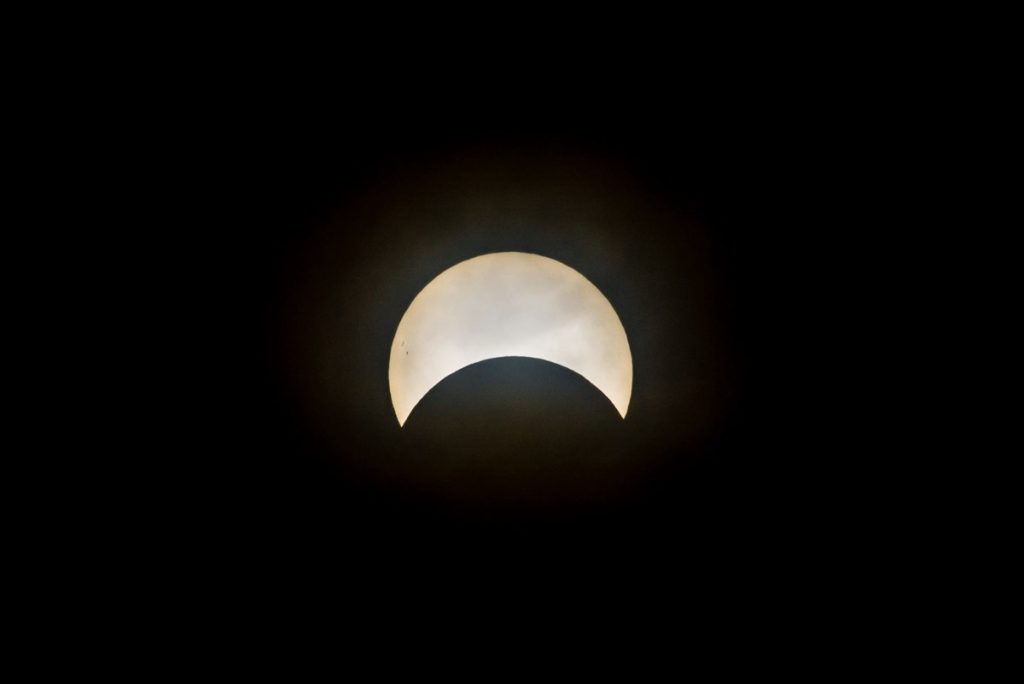 Tomorrow morning, a partial solar eclipse will appear for Boss-Saint-Laurent. The sun rises in a crescent shape in the south of the province, while it is ring-shaped in northern Quebec and Ontario. The good news is that if you wake up early enough to notice this phenomenon, the sky is guaranteed to be clear.

According to the site espacepourlavie.ca, The eclipse should begin at 4:43 a.m. The moon passes between the earth and the sun through this celestial phenomenon.

At most, at 5:41 a.m., a thin crescent of the sun separates the moon from the passage.

Since the moon obscures almost 79% of the sun, the intensity of the sun’s rays is less strong, making observation of our star easier. However, taking a glance directly at the phenomenon, for a few seconds, is a very serious mistake. Ultraviolet and infrared rays can cause irreversible damage to your visual health if they enter the naked eye.

Recall that in August 2017 a partial solar eclipse was observed in Boss-Saint-Laurent.

Do not hesitate to send us your photos of the eclipse!