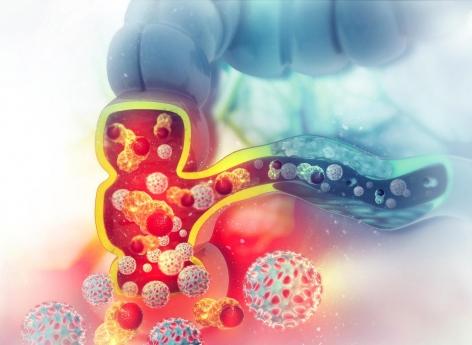 Excessive use of antibiotics promotes superbacterial growth. It has also been implicated in some cases of colon cancer, with these cases increasing at a rate of at least 3% per year for twenty years.

This is the conclusion reached by researchers at the University of Aberdeen (Scotland) World Congress of the European Society of Medical Oncology on Gastrointestinal Cancer. “Junk food, Sugary drinks, increase balance and alcohol may have played a role in this increase, but our data underscore the importance of preventing unnecessary antibiotics, especially in children and adolescents. “Said Professor Sarah Perot, who submitted the data.

50% higher risk than those under 50 years of age

Using a large Scottish primary care database, the researchers tracked nearly 8,000 people with colorectal cancer (colon and rectum), as well as non-cancer patients. Their research shows that the use of antibiotics is associated with an increased risk of colon cancer in people of all ages. But almost 50% of those under 50 and 9% of those over 50 have an increased risk.

At a young age, antibiotic use is associated with cancers of the first part (right side) of the colon. Bacteria live in this first part of the colon called the microbiome. Excessive consumption of antibiotics may therefore have played a role in the microbial imbalance, and Cause cancer to appear. At present, this is only a hypothesis, because the work undertaken is an eclectic study.

“We now want to know if there is a link between taking antibiotics and changes in the microbiome, which can lead to colon cancer, especially in young people.”, Explains Dr. Leslie Samuel, the first author of the study. “We do not yet know whether antibiotics trigger the effects of microorganisms that directly or indirectly contribute to the development of colon cancer”., She continues.

Although this is an empirical study and the causal and causal relationships have not yet been observed, this study raises new concerns about the increasing impact of global antibiotic use. Between 2000 and 2015 it increased by 65%.

Health professionals should be encouraged to screen for colon cancer not only in those over 50, but also in young subjects. Commenting on the study, Professor Alberto Sobroro, of Ospedale San Martino in Genoa (Italy), said that of the 2 million people diagnosed with colon cancer each year in the world, young people between the ages of 20 and 40 have a worse diagnosis than the elderly because they are often diagnosed later.

“A patient with abdominal discomfort for colon cancer is more than 30 years old if they are over 70 years old, and younger patients are not eligible for screening. Bowel cancer. Therefore, their cancer is usually diagnosed at a later stage, when it is more difficult to treat.”, He worries.